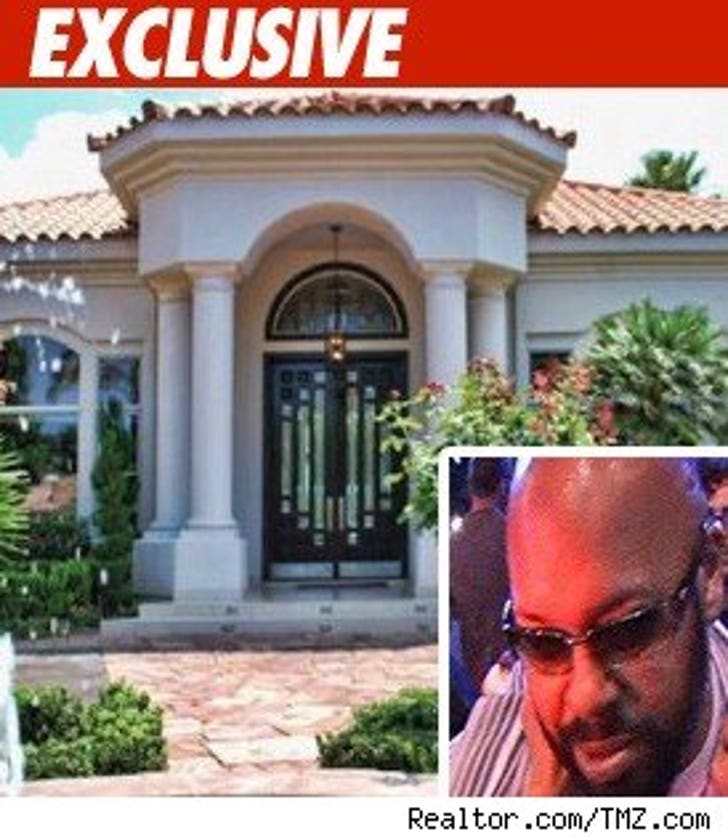 The former Las Vegas home of Suge Knight is on the market, and if the sick dig's amenities aren't enough of a selling point, check out these other random facts:

- It was Robert DeNiro's temporary home while filming "Casino."
- It has a poolside BBQ and a guest house.
- It was once raided by the police.
- It has four bedrooms, seven baths.
- Knight lived there when Tupac was shot and killed next to him in a car in 1996.
- It's walking distance to Wayne Newton's pad.