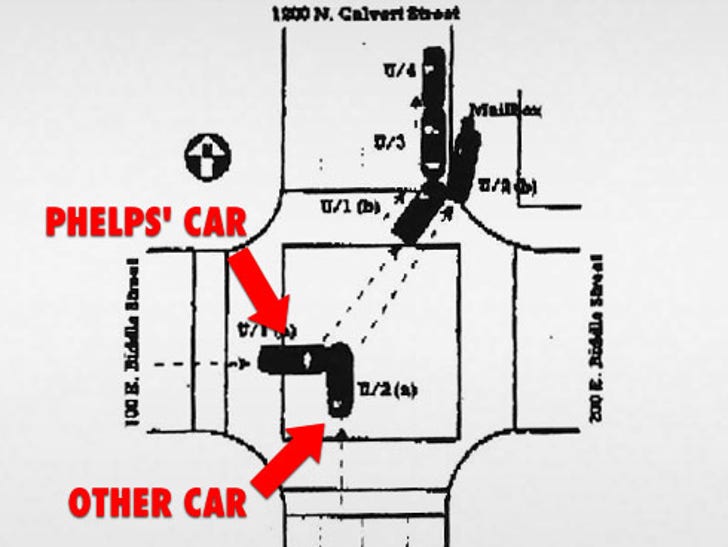 If you haven't had enough of the Michael Phelps car crash, now the Baltmore PD has released an action packed drawing for your enjoyment ... complete with directional arrows! 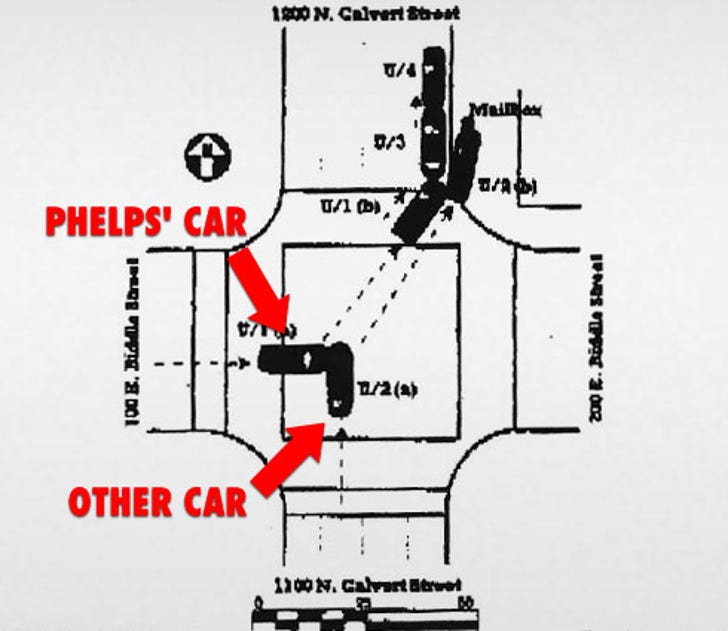 The diagram shows Phelps' car (left) striking an Accord (right) that blew through a red light at the intersection of Calvert and Biddle Street. Both cars then struck a parked car on the side of the road, which in turn struck a fourth car parked in front of it. The Accord also struck a U.S. Postal mailbox after careening off Phelps' Cadillac Escalade.

Phelps admitted to drinking a beer about two hours before the accident, but cops ruled out alcohol as a factor in the crash. The report says Phelps "did not show any signs of fatigue or alcohol use ... there was no odor of alcoholic beverage about his person."