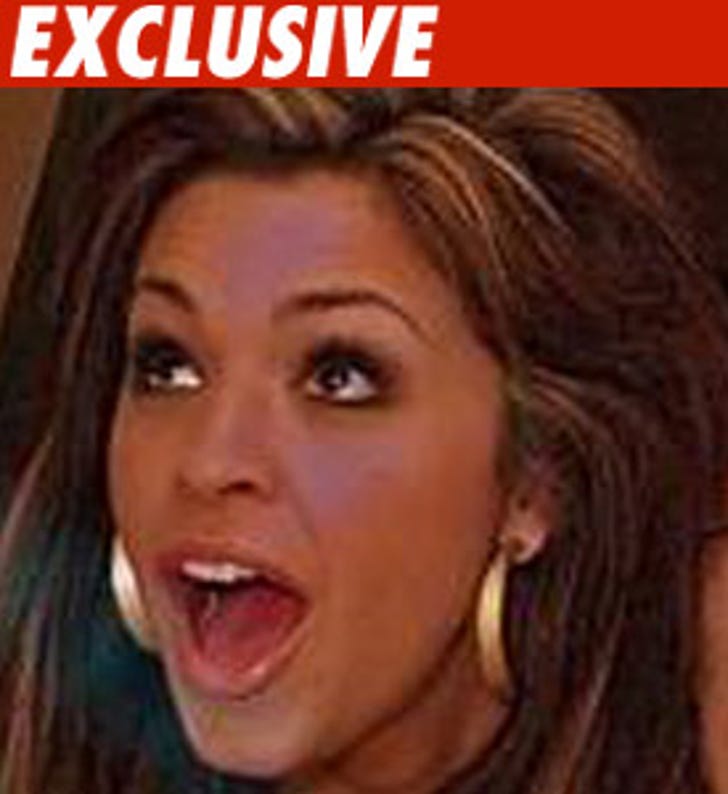 Eric Dane and Rebecca Gayheart did not have sex with Kari Ann Peniche -- but according to Peniche, they had plenty of fun.

Kari Ann -- a dethroned Miss United States Teen -- tells TMZ the video featuring the whacked-out naked trio was shot more than two years ago in her apartment. Kari Ann insists there was absolutely no sex involved -- they played dress up and the two women then soaked together in a bathtub as Eric called "action" behind the camera.

In the video, Gayheart says her "alter-ego" name is "Nina," Kari's is "Fifi" and Dane goes by "Peter," "Cocaine Manor," "Tristan Daily," and "Tuff Hedeman," a famous bull rider.

Kari Ann says the video was stored on the hard drive of her computer, but stolen by Mindy McCready, who was her roommate after the two completed a stint on the TV show "Celebrity Rehab." Kari Ann says she got into an argument with McCready over money and believes the singer took her hard drive when she moved out. Kari Ann freaked out about certain personal information about her on the hard drive and filed a stolen property report with the LAPD.

Last month there was a summit between Eric, Rebecca, Kari Ann and Mindy. Their reps hammered out a deal as to who got what on the hard drive. Eric got full rights to the video and everyone assumed that was that ... until the tape surfaced on the Internet yesterday.

So a little song, a little dance a little betrayal down your pants.