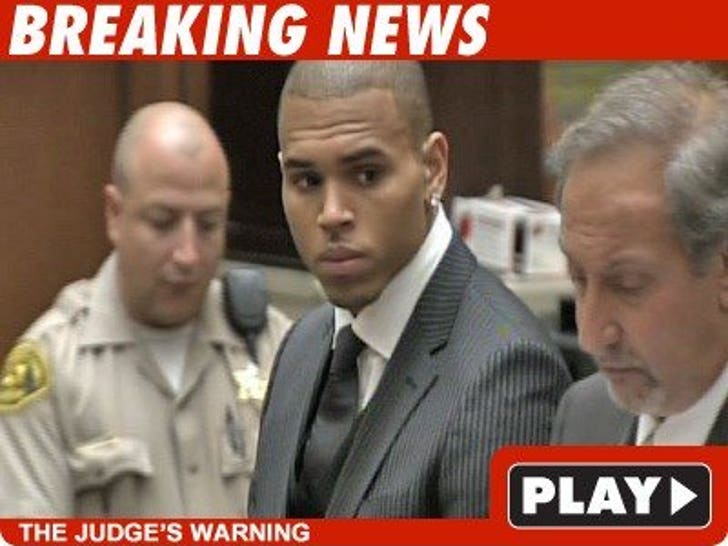 Chris Brown was just sentenced to 5 years probation and 6 months hard labor, and the judge threatened Brown by talking about the "chatter" she hears. 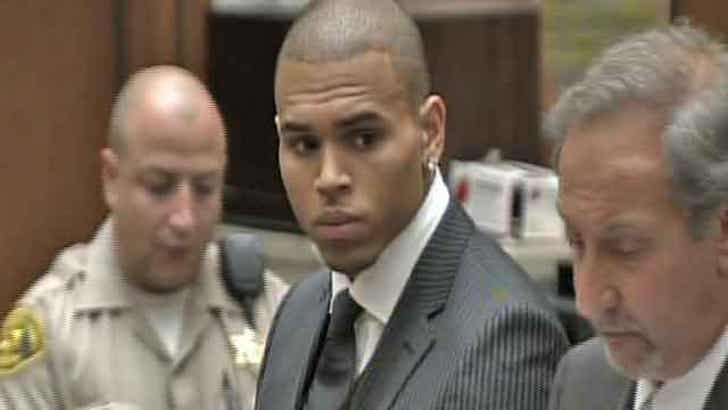 Judge Patricia Schnegg said during the sentencing, "I am not immune to the chatter on the airwaves." It's unclear if she was saying that she's heard reports that Brown and Rihanna are still talking ... or if she was just saying he needs to be careful because she watches TV and reads TMZ. To us, it sounded like the former.

Down to business, the judge sentenced Brown to perform hard labor at the Commonwealth Catholic Charities in Richmond, VA, where he must also take a 52-week domestic violence course.

The judge ruled Brown -- who pleaded guilty to felony assault -- must stay 100 yards away from Rihanna, unless they are both at an entertainment-related event, in which case he must stay 10 yards away. The protective order lasts 5 years.

He must provide DNA samples as requested by authorities.

Brown must also keep in touch with the Probation Department and is subject to search and seizure 24/7 for the next 5 years. He can't own any dangerous weapons, including guns or knives. 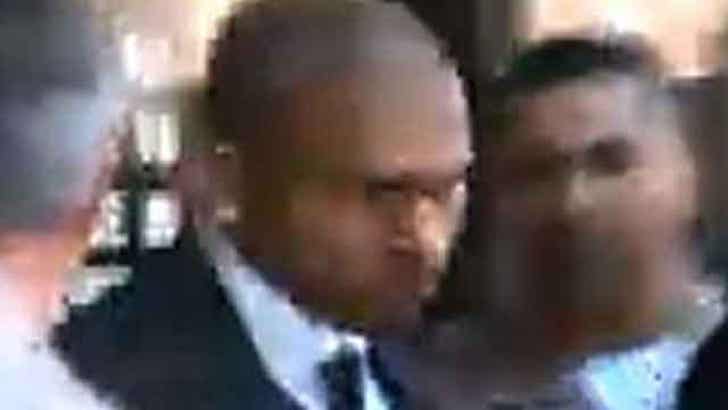 Brown must get prior approval before leaving the country.

As Brown left court, female fans could be heard screaming "I love you."