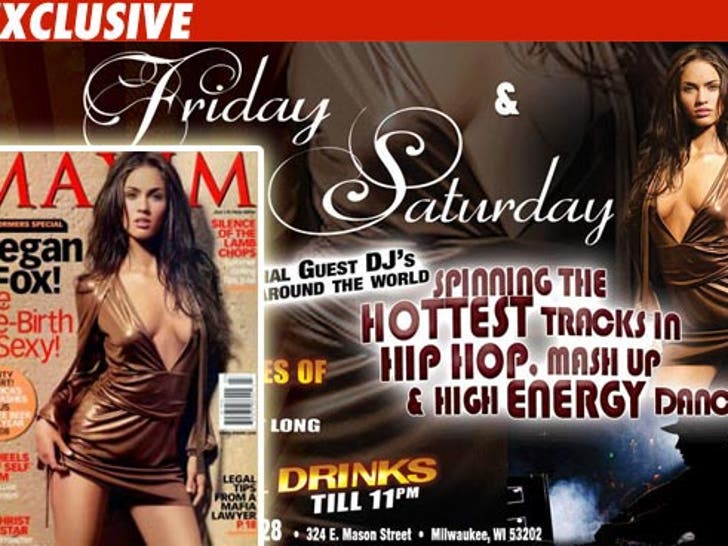 Nobody accuses Megan Fox of being some skanky nightclub posterchild and gets away with it ... especially when the skanky photo on the poster belongs to Maxim Magazine. 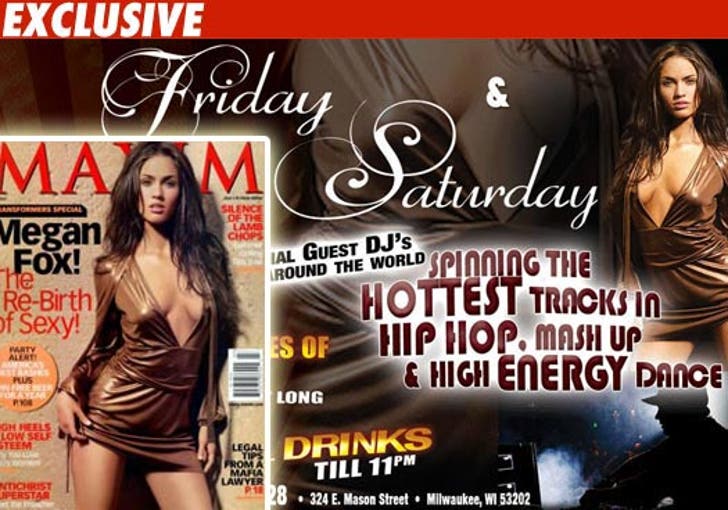 A ridiculously hot photo of Fox in a cleavage-exposing, micro-skirt appeared on a flyer advertising a club in Milwaukee. Problem is, the pic came right off the cover of a July issue of Maxim -- and the club didn't ask for permission before they took the image.

Now, Maxim is launching a legal attack on the club, saying they're "infringing on Maxim trademarks and copyrights and must immediately cease and desist from using the photograph (or any other Maxim material) from any of their flyers or other advertising material."

To the club's credit, they did flip the image 180 degrees -- making it that much harder to figure out where they stole it from.