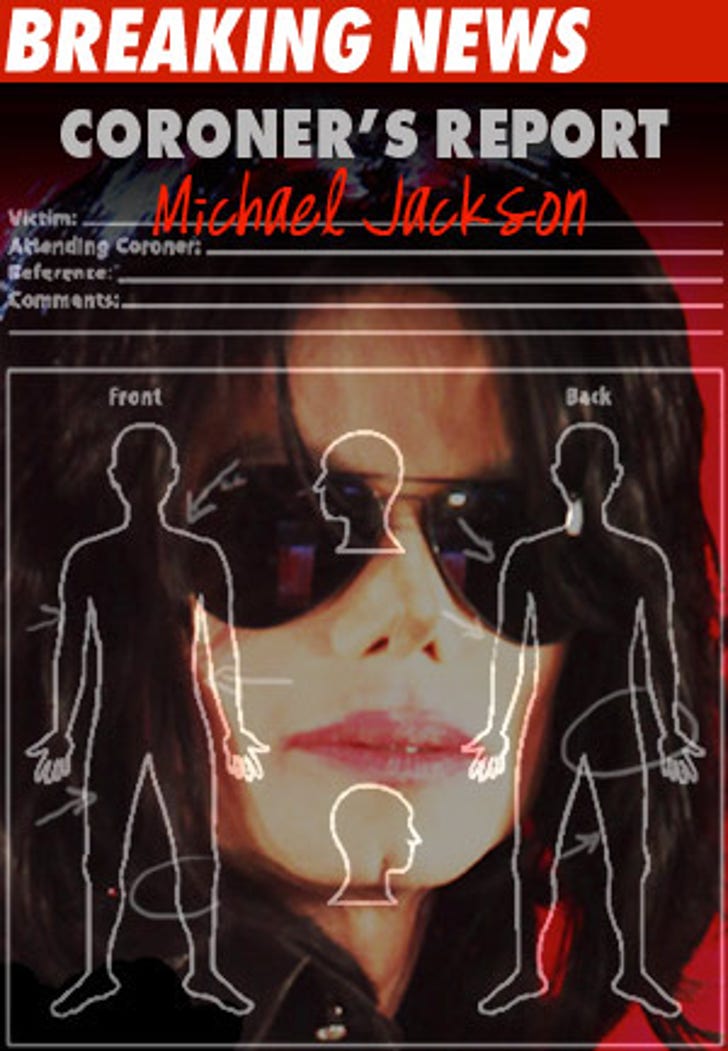 The report says "other conditions contributing to death: Benzodiazepine effect." Benzodiazepines are a group of drugs (see below) used to treat anxiety and insomnia.

The manner of death is ruled: "HOMICIDE."

The Coroner did not release the full autopsy report -- just a press notice. It goes on:

The drugs PROPOFOL and LORAZEPAM (Ativan) were found to be the primary drugs responsible for Mr. Jackson's death.

The final Coroner's report, including the toxicology report, will remain on security hold, per the LAPD.

"The Jackson family again wishes to commend the actions of the Coroner, the LAPD and other law enforcement agencies, and looks forward to the day that justice can be served."