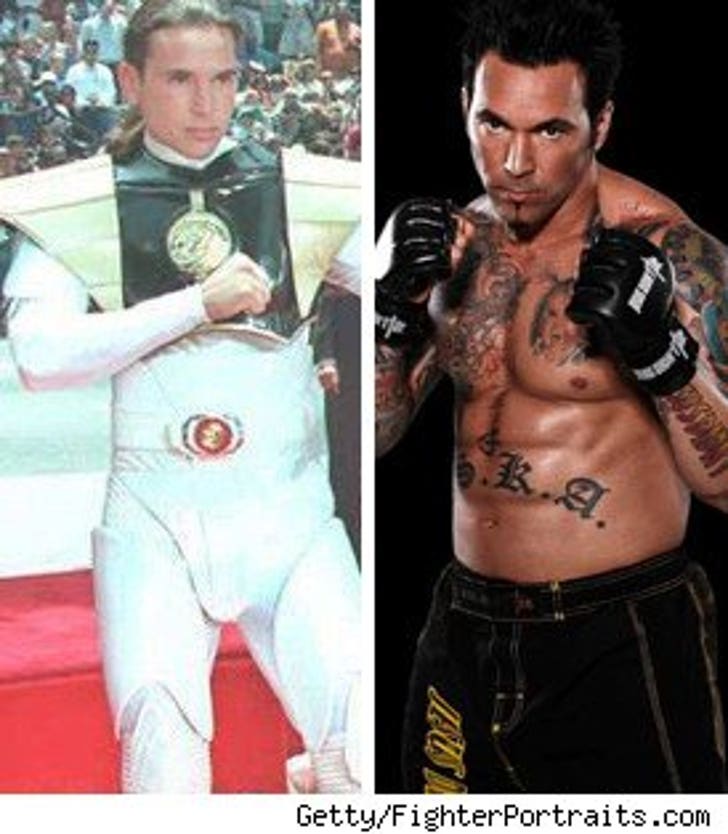 The guy who used to play the Green and White Ranger on the Mighty Morphin Power Rangers is trying to fight with creatures from this planet -- dude is an MMA fighter now.

The 6th degree Black Belt just signed a deal with a new management team and hopes to get in the ring pretty soon. We'll let you know when he actually schedules a fight.

No word on what color his trunks will be...