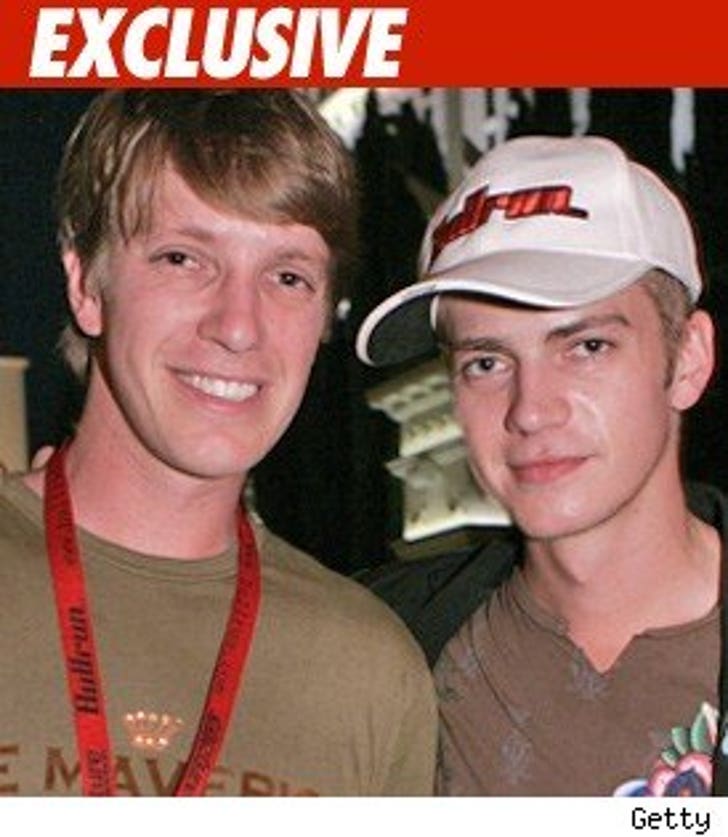 TMZ has learned Hayden Christensen's brother, producer Tove Christensen, was arrested early this morning for felony assault with a deadly weapon -- when he allegedly dragged his girlfriend around 30 feet after she clung to the side of his car.

LAPD responded to a 911 call in Hollywood around 2:30 AM after an argument broke out between the couple. Witnesses told law enforcement that Christensen pushed her to the ground and hopped in his car -- but when his GF reached inside to grab her purse, Tove hit the gas and dragged her down the street.

When police arrived, the girlfriend had visible marks on her arm. They later tracked down Tove at his L.A. home and arrested him.

Tove -- seen here on the left -- produced brother Hayden's movie "Shattered Glass," and according to his Wiki, had one line in one episode of "Buffy the Vampire Slayer."