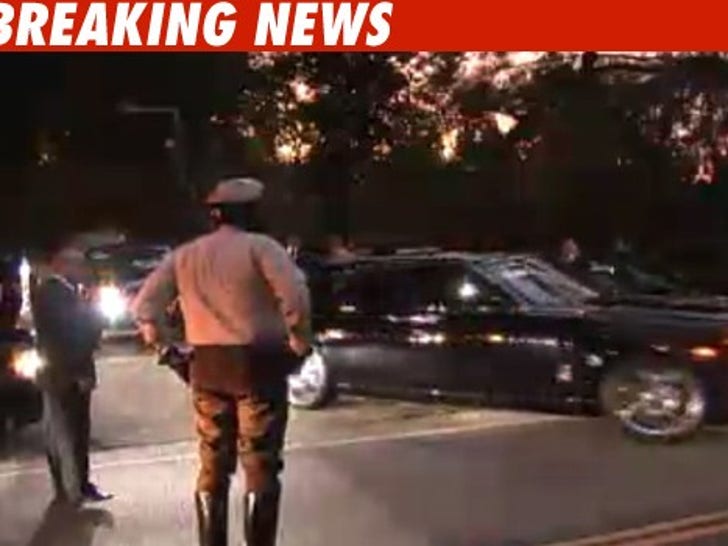 UPDATE -- 7:32 -- Thirty-two minutes after the funeral was scheduled to begin, the Jackson family is finally LEAVING THE ENCINO HOUSE ... with a police escort. They should arrive at the cemetery in the next 30 minutes. 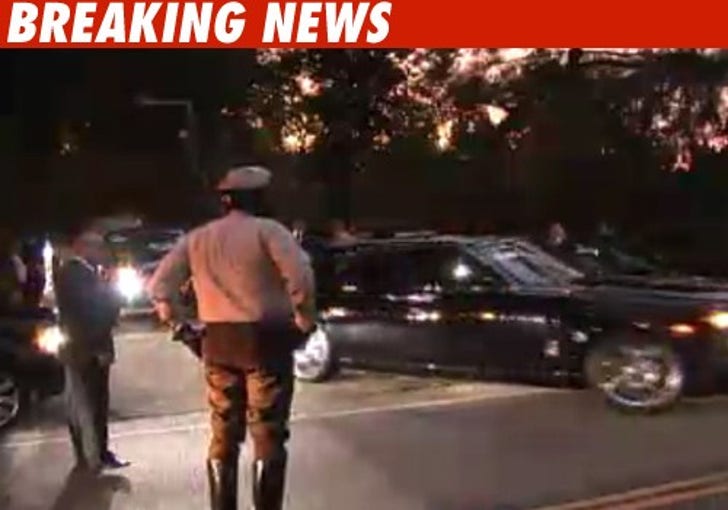 UPDATE: -- 7:13 -- the funeral was supposed to begin 13 minutes ago, and the Jackson family has not left the damn house yet. Barry Bonds doesn't like to wait.....

UPDATE: -- 6:41 --
a bunch of people keep walking around trying to look important .. they keep opening and closing the gate ... we have no idea why they haven't left yet ... it takes more than 20 mins to get from Encino to Glendale ...even with a police escort.

UPDATE: The Phantoms are all inside the gate, getting ready to head towards the cemetery.

UPDATE: The Phantoms are parked at a hub a few miles from the house. They will be leaving shortly.

UPDATE: We're told the Phantoms are set to arrive at the house around 5:00 PM PST.

UPDATE: Several cars have entered the compound -- no Phantoms though ... yet.

The Jackson family is gathering at their Encino home -- where five Rolls Royce Phantoms are expected to pick them up and drive them to Michael's burial at Forest Lawn.