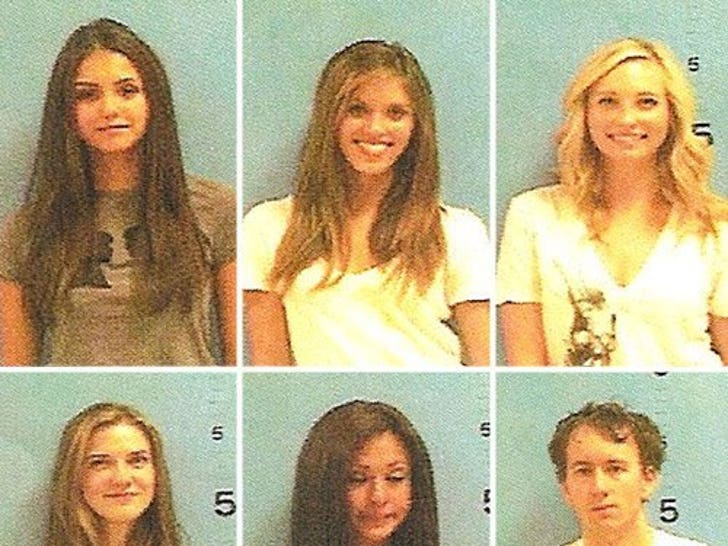 Mardi Gras may have come early (or late) for five actresses this year, because they were all arrested last month for allegedly treating an overpass in Georgia like it was a clothing optional balcony on Bourbon Street. 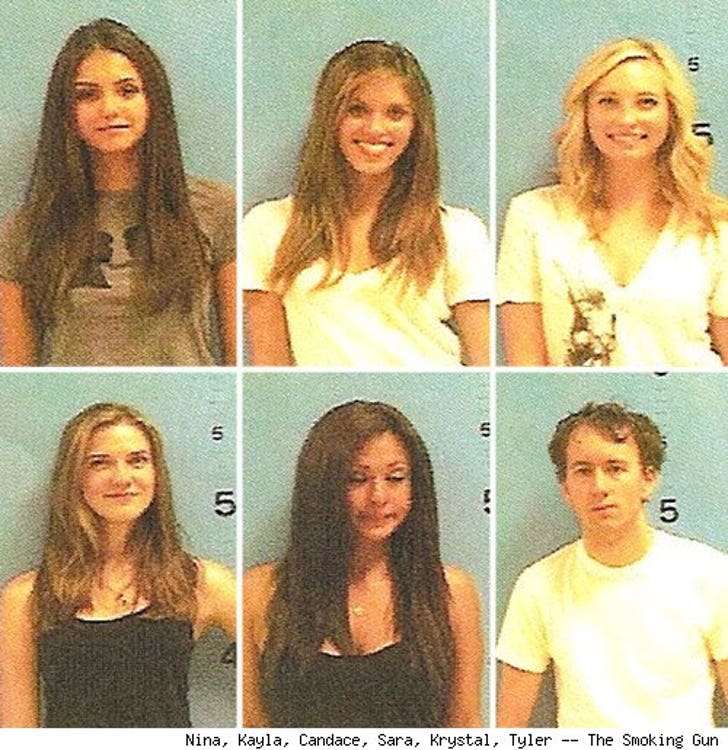 The fab five -- including Nina Dobrev, Candice Accola, Kayla Ewell and Sara Canning from "Vampire Diaries" -- were all arrested on August 22 after cops say they received 911 calls from people claiming a few hotties were "flashing motorists" and "hanging" from a bridge in Smarr, GA.

The police report, obtained by The Smoking Gun, says the lovely ladies were taking part in a photo shoot set up by a guy named Tyler Shields -- who was also arrested that day.

All six were booked for disorderly conduct and charged with a total of $4,000 in fines -- TSG says Tyler paid the whole tab.