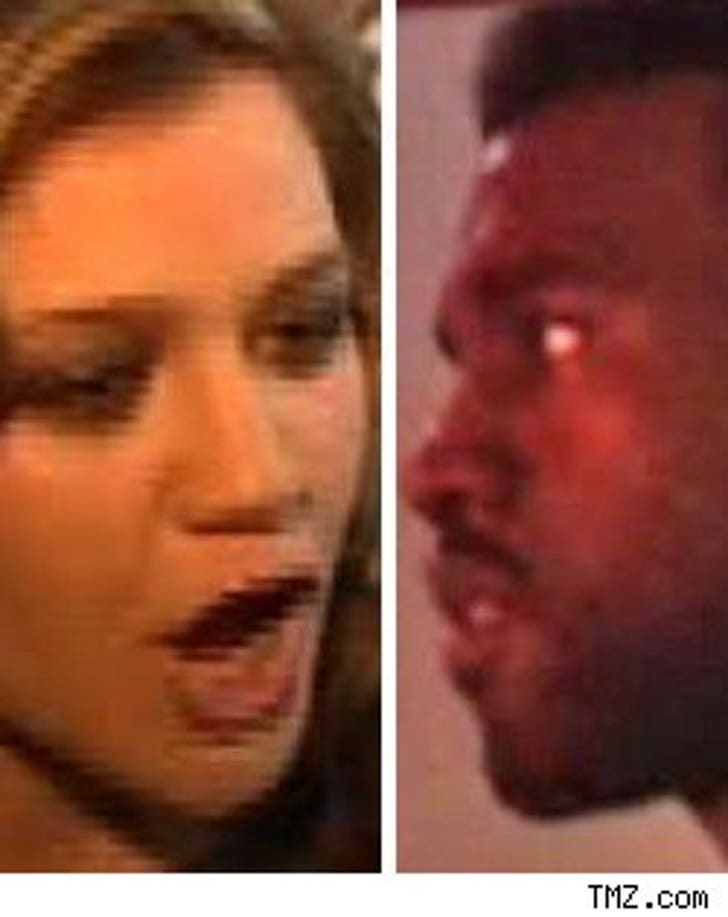 Another major star has cracked open a can of verbal whoopass on Kanye West -- Kelly Clarkson just unleashed one of the most vicious attacks yet on her blog:

What happened to you as a child?? Did you not get hugged enough?? Something must have happened to make you this way and I think we're all just curious as to what would make a grown man go on national television and make a talented artist, let alone teenager, feel like sh*t.

I mean, I've seen you do some pretty shitty things, but you just keep amazing me with your tactless, asshole ways. It's absolutely fascinating how much I don't like you. I like everyone. I even like my asshole ex that cheated on me over you which is pretty odd since I don't even personally know you. The best part of this evening is that you weren't even up for THIS award and yet you still have a problem with the outcome. Is winning a moon man that much of a life goal?? You can have mine if it will shut you up. Is it that important, really??

I was actually nominated in the same category that Taylor won and I was excited for her ... so why can't you be?? I'm not even mad at you for being an asshole ... I just pity you because you're a sad human being.

On a side note, Beyonce has always been a class act and proved again tonight that she still is. Go TEXAS!!

Taylor Swift, you outsell him ...that's why he's bitter. You know I love your work! Keep it up girl!