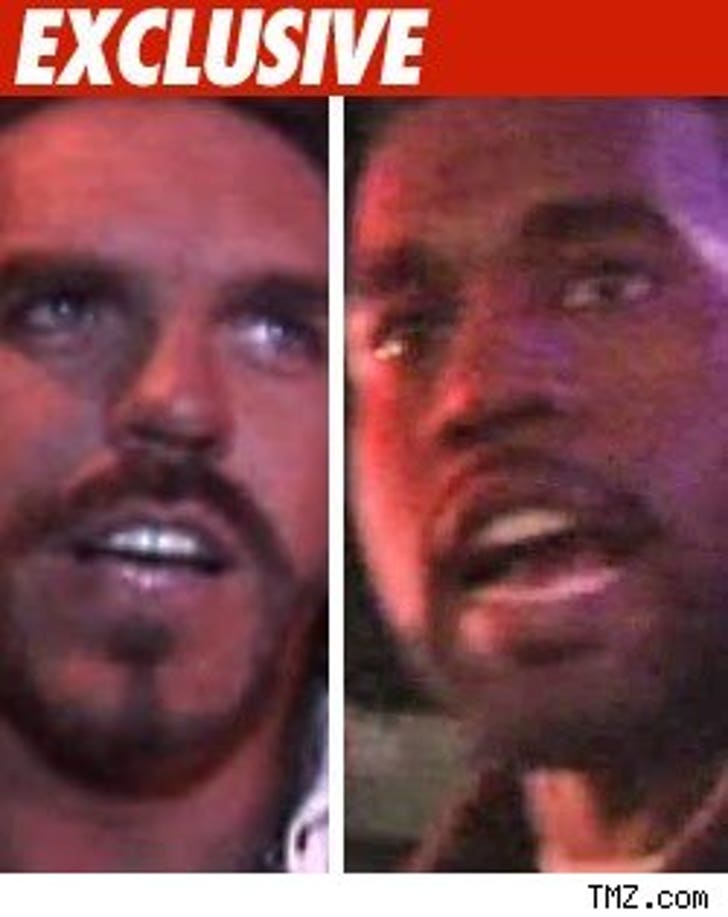 People are coming out of the woodwork to attack Kanye West -- the newest threat coming by way of the guy who played "Wolf" on "American Gladiators."

Moments after Kanye pulled that d-bag move on Taylor Swift at last night's MTV VMAs, Wolf -- who's a pretty big name in the rodeo circuit -- fired off the following letter to TMZ:

"Hey this is Hollywood Yates or WOLF from American Gladiators.

Just thought Kanye might want to know I hang with alot of the Country Artist and I will bump into him somewhere... HARD and several times!!! He is an ass and needs taken down, maybe Criss B can be there too. School is about to open and lessons about to be taught!

The gladiator's ready ... we'll see if Kanye is too.