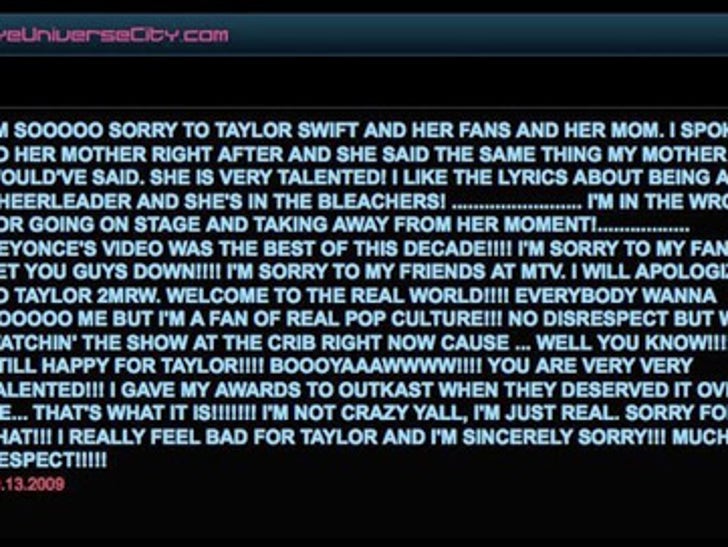 Last night, Kanye West reportedly posted an apology on his blog to Taylor Swift -- but go to the site now, and it's nowhere to be found. 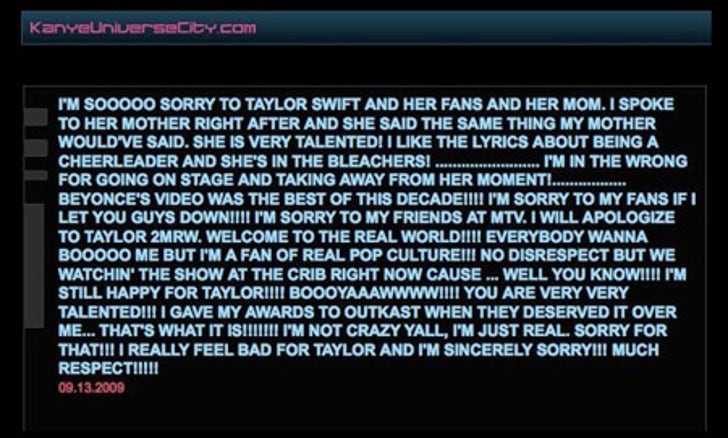 In the apology -- which MTV.com posted a screen grab of -- West said "I'm in the wrong for going on stage and taking away from her moment ... I will apologize to Taylor 2mrw ... I'm sincerely sorry!!!! Much respect!!!!!"

We're not sure how long the post was up, but it's no longer on the site.