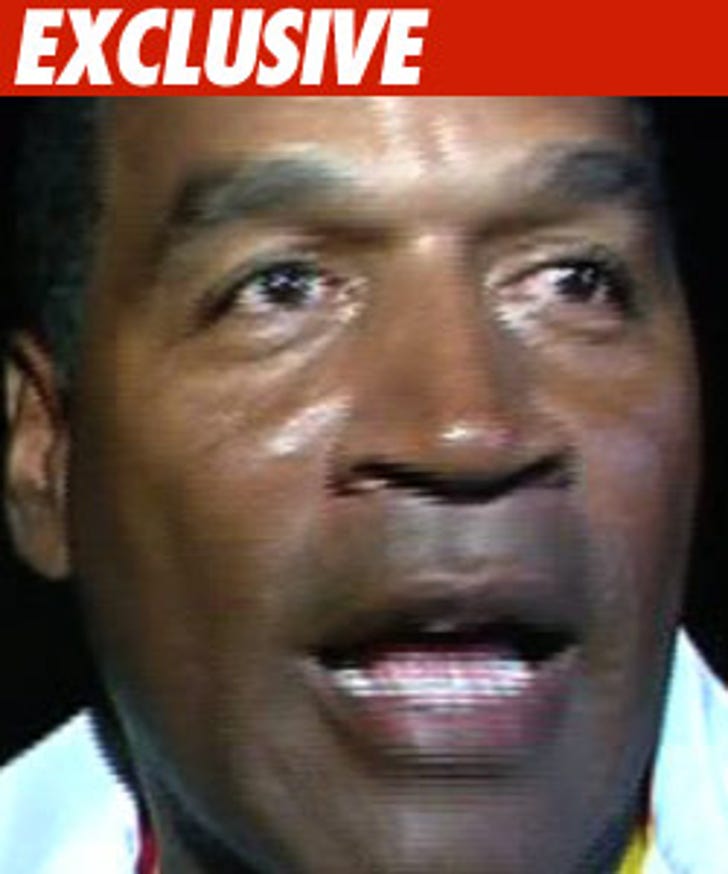 One of the guys who was allegedly held at gunpoint when OJ Simpson tried getting his stuff back is now suing the jailed killer, claiming he suffered multiple heart attacks as a result of the robbery and that Simpson is responsible.

Bruce Fromong filed the personal injury lawsuit in Las Vegas. Fromong is a memorabilia dealer who had some of Simpson's stuff in a Las Vegas hotel room when OJ came a callin'.

Fromong claims as a result of Simpson's violent rampage, he suffered "great bodily injury." Fromong's lawyer tells us the "great bodily injury" is several heart attacks. He's suing for infliction of emotional distress, negligence as well as assault and battery.

Fromong is suing for unspecified compensatory and punitive damages. OJ's assets are sketchy, but we're told Fromong is banking on Simpson's homeowners policy paying the damages.