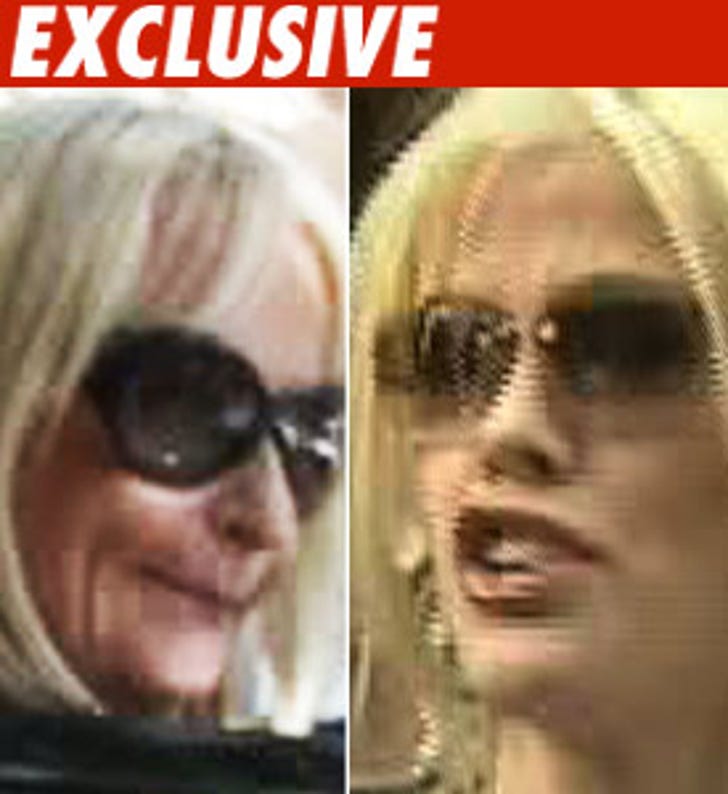 Anna Nicole Smith and her psychiatrist were captured on film in various contorted sexual positions, according to new legal docs.

We reported this morning that the legal docs describe Anna Nicole and Dr. Khristine Eroshevich naked in a bathtub together. Authorities claim the two women had a personal relationship "that crossed the boundaries of professionalism."

The documents are very specific: "One photo showed both naked women embracing while looking at the camera. In another photo, Dr. Eroshevich is sitting between Anna Nicole Smith's legs while Anna...was in a more reclined position.

In the third photo, Anna Nicole Smith has her ankles on each of Dr. Eroshevich's shoulders while they are holding hands and their clasped hands are resting in the area of Anna Nicole Smith's vagina posing for the camera."

More than a year ago we saw a photo of Anna Nicole and Dr. Eroshevich, naked in a bathtub with a sex toy nearby. We did not publish the photo.