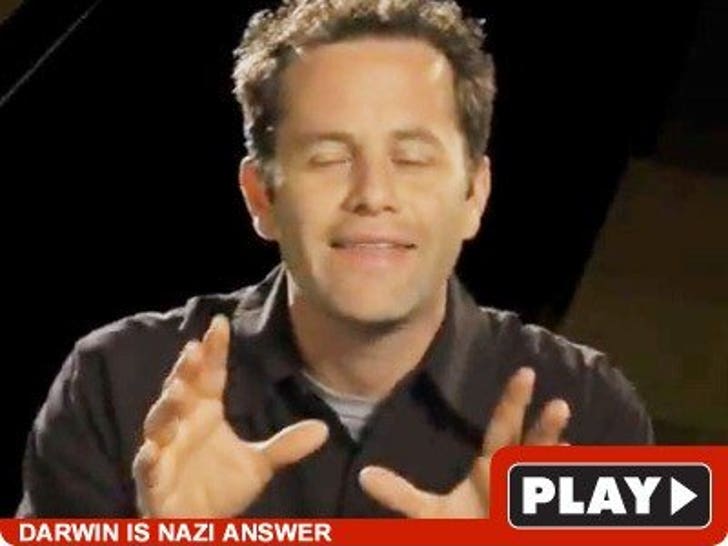 Evangelical actor Kirk Cameron is on a serious crusade against Charles Darwin -- connecting the scientist's most famous and significant work to Adolf Hitler.

To commemorate the upcoming 150th anniversary of Darwin's "Origin of Species" -- Kirk has released a 6-minute long video on his evangelical website bashing Darwin's book along with C.D.'s famous theory of evolution.

In the video attack -- which Kirk made to promote the release of a reworked, creationist edition of "Origin of Species" -- Kirk essentially calls Darwin a racist, a woman-hater and claims Darwin's theory has an "undeniable connection" with Hitler.

But it gets better -- Kirk claims he will be embarking on a college tour, in the hopes of infiltrating the minds of America's future "lawyers, doctors and politicians."