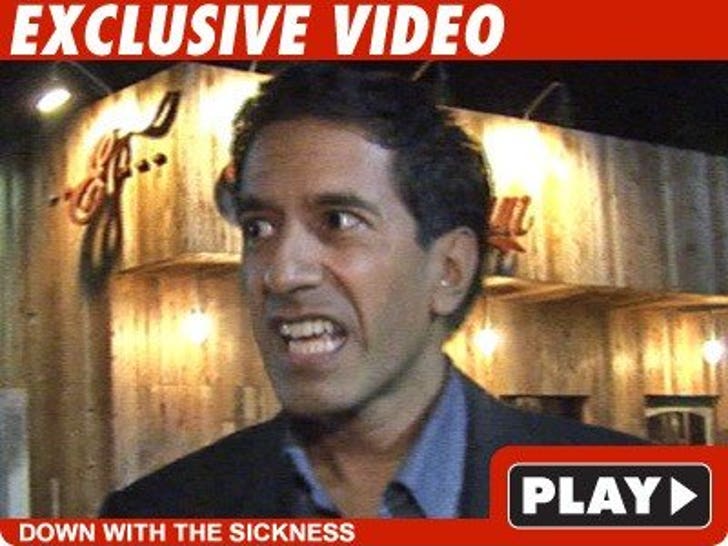 Our cameraman lathered on the hand sanitizer before talking to former swine flu patient Dr. Sanjay Gupta -- but according to the good doc, pouring on the Purell wouldn't totally keep the pig virus at bay anyway. 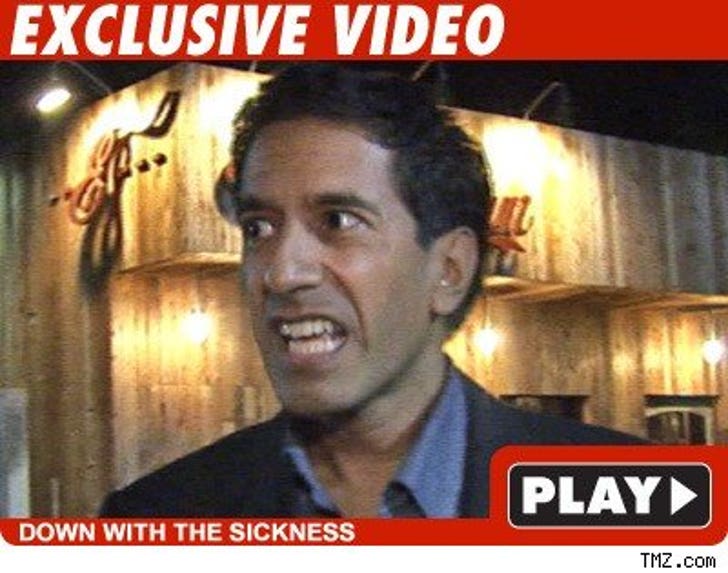 In Malibu last night, Gupta gave us the 411 on H1N1 and celeb infectee Brian Littrell, saying dude probably wasn't contagious yesterday when he flew in from NY -- because the Backstreet Boy told The Gup his fever has passed when he went airborne.

FYI -- our photog who shot Littrell at LAX is now sick with flu-like symptoms. No word on how the guy who shot this footage is feeling ... yet.