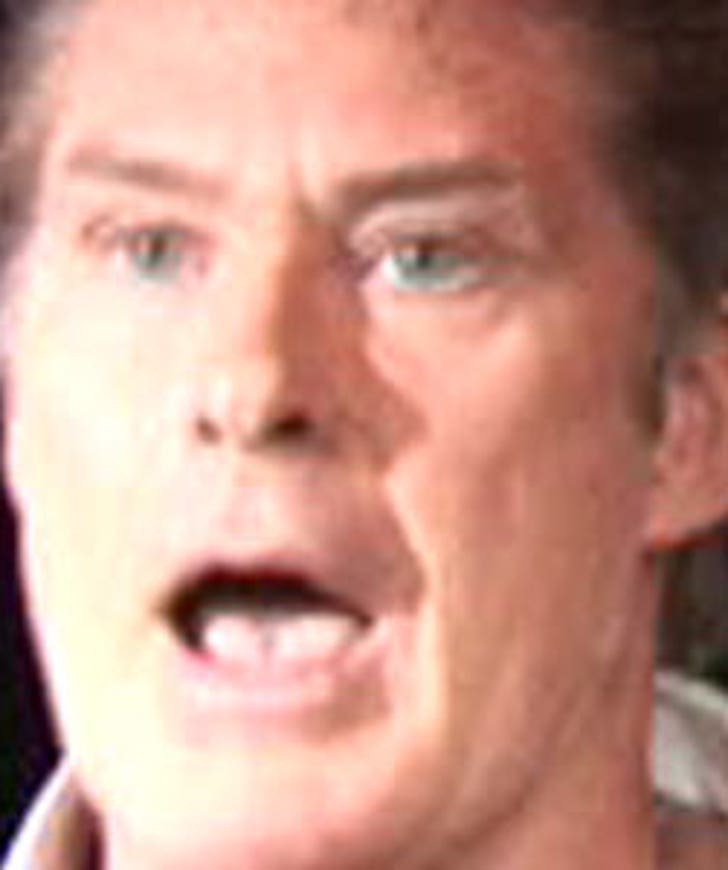 According to The Sun, staff at the party had to help The Hoff leave through a back entrance after he spent two hours pounding booze. The Sun claims David was so wasted that, "he kept swearing ... he couldn't walk."

Sometime after the party, Hoff -- who has famously battled alcohol problems in the past -- allegedly got wasted again and punched a doctor at the British hotel he was staying at during the trip.

David was reportedly hospitalized for two days after the hotel incident and released yesterday morning.