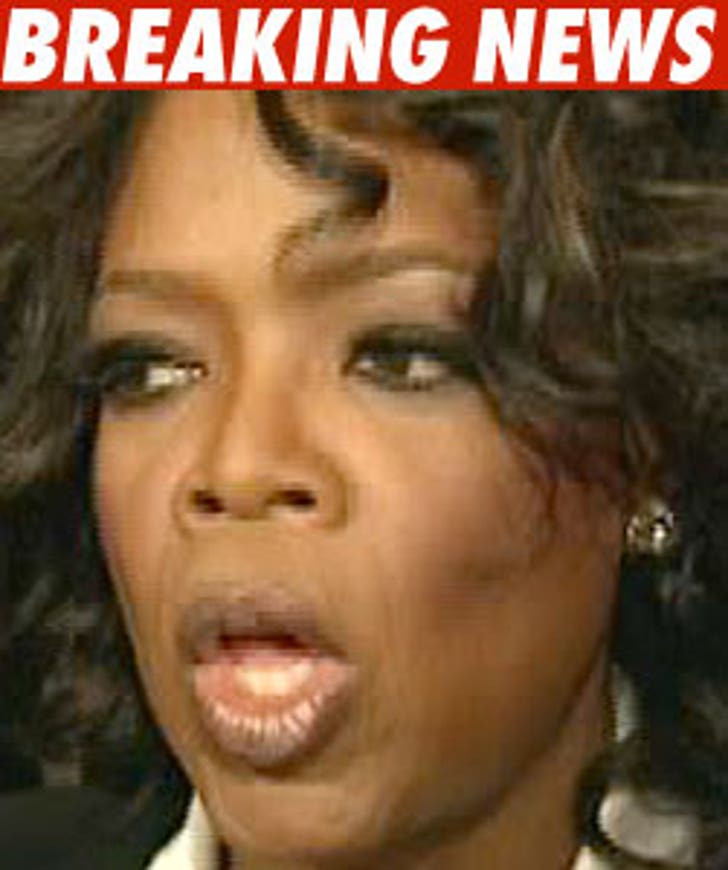 Many people go out of their way to join the Mile High Club -- but a woman who used to work for Oprah Winfrey claims allegations that she got it on in the air got her fired from her job.

According to a lawsuit filed yesterday, Corrine Gehrls was a flight attendant on Oprah's private jet -- at least until July. She claims two other flight attendants -- one of whom is the daughter of Gayle King -- conspired to lie to Oprah about Gehrls having "inappropriate intimate behavior" aboard a flight.

Gehrls claims she was fired, along with the guy involved in the alleged act -- who happened to be the Chief Pilot at the time.

Gehrls is suing Harpo, Oprah's company, along with the two flight attendants she claims lied about her. She's asking for damages in excess of $75,000.