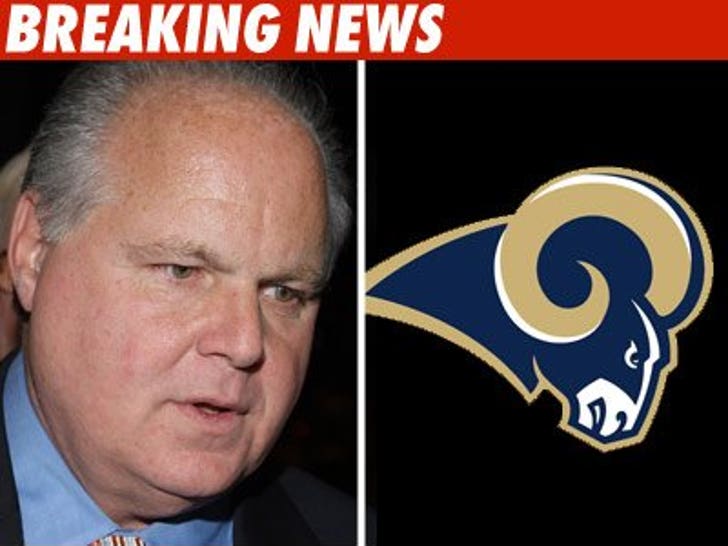 Once again, Rush Limbaugh's been pushed away from the NFL -- the talk-show host has been officially dropped by a group looking to buy the St. Louis Rams. 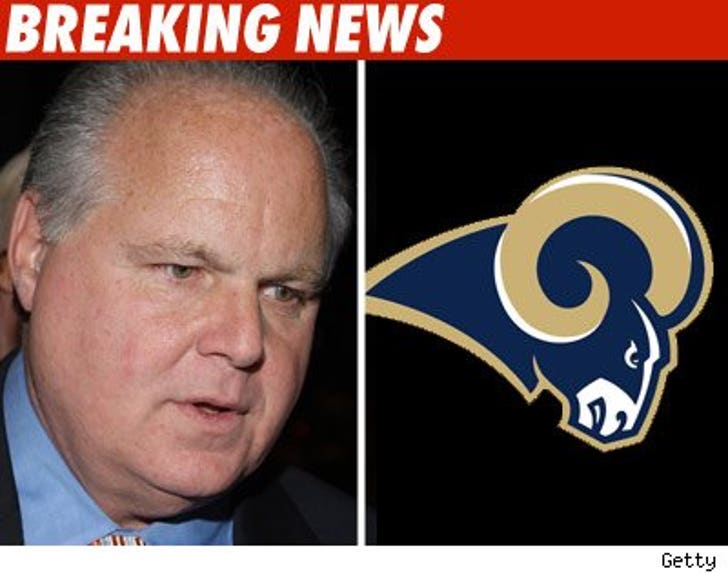 A rep from the group claimed Rush got the boot because his participation complicated the effort.

Ever since word got out that the conservative mouthpiece was interested in the team, several people lashed out against it -- including the owner of the Indianapolis Colts, the head of the NFL Player's Association and even Al Sharpton.

It might be the best thing that happened to Rush -- the Rams haven't won a single game this season.