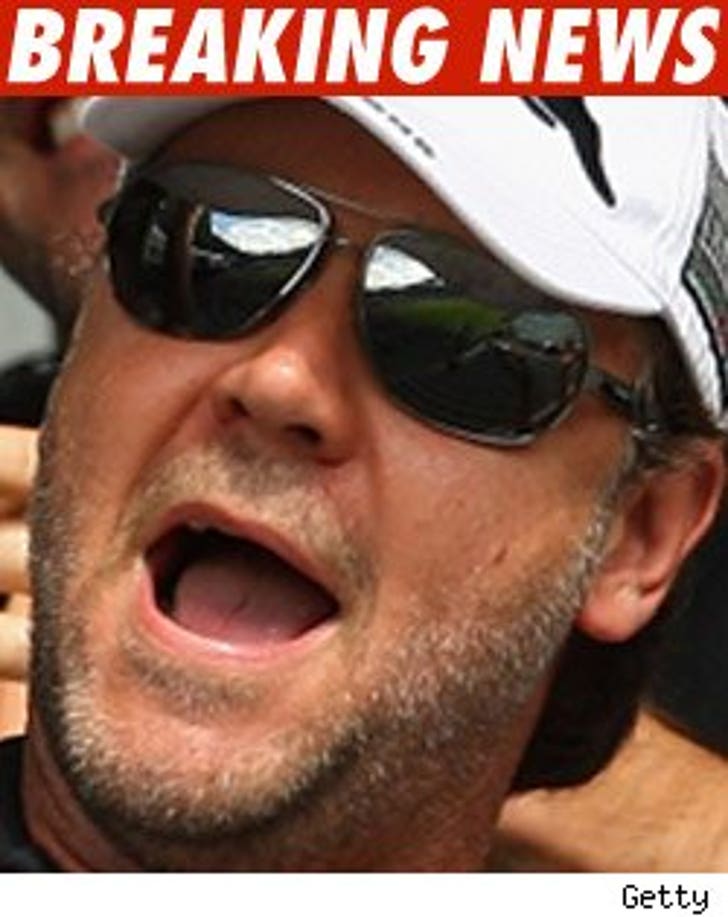 A firetruck slammed into Russell Crowe's ride during a movie shoot in Pittsburgh yesterday -- problem is, it wasn't in the script.

Crowe and co-star Elizabeth Banks were shooting a scene inside a van, which was parked near a Pittsburgh fire station when a firetruck suddenly pulled out of a nearby station and banged into the front of the van, according to ABC 4.

There were no injuries -- except to the van. The front end was reportedly knocked off.