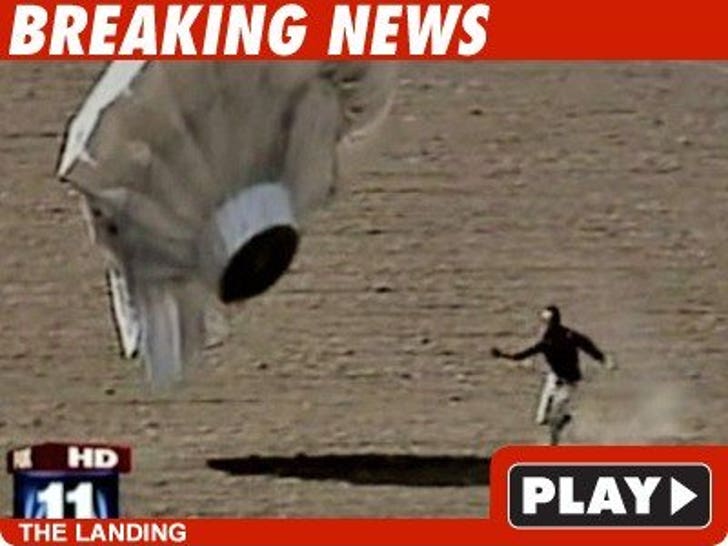 UPDATE: Police are reportedly looking for a box that was attached to the bottom of the balloon -- a box Falcon's brother says he saw him go into before it took off.

UPDATE:
Police are currently conducting a ground search for the boy. 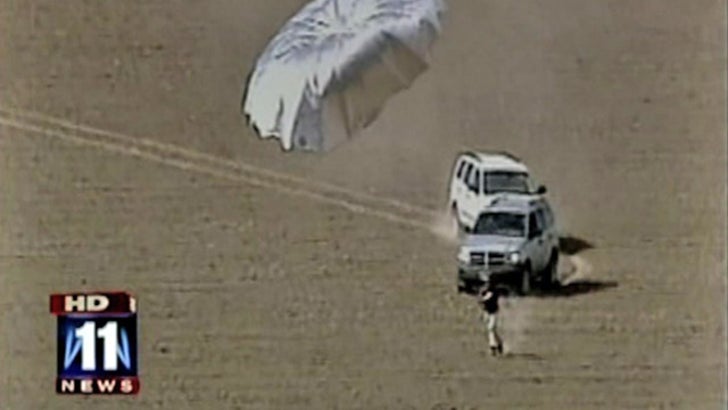 UPDATE: We just heard on a police scanner that the boy is not inside the balloon. The balloon was in the air for over two hours -- no one knows where the boy is. Cops say they checked the house, and an area where people reported seeing something fall out of the balloon ... nada.

UPDATE: The balloon landed around 40 miles from where it started. It landed well.

A 6-year-old boy somehow climbed inside a homemade, helium-powered aircraft in Ft. Collins, Colorado -- and now the craft is careening out of control with the boy stuck inside.

The Larimer County Sheriff's Office says the 6-year-old boy's family was building an experimental aircraft which had a large helium balloon attached to it at their home on Fossil Ridge Road in Fort Collins, this according KDVR in Denver.

The family told officials the boy got onto the aircraft and was able to untie the rope that held the aircraft in place. The device -- which is 20 feet long -- has the potential to rise to 10,000 feet.

The Larimer County Emergency Manager says, "The structure at the bottom of the craft (where the boy is stuck) is made of extremely thin plywood and won't withstand any kind of crash at all."