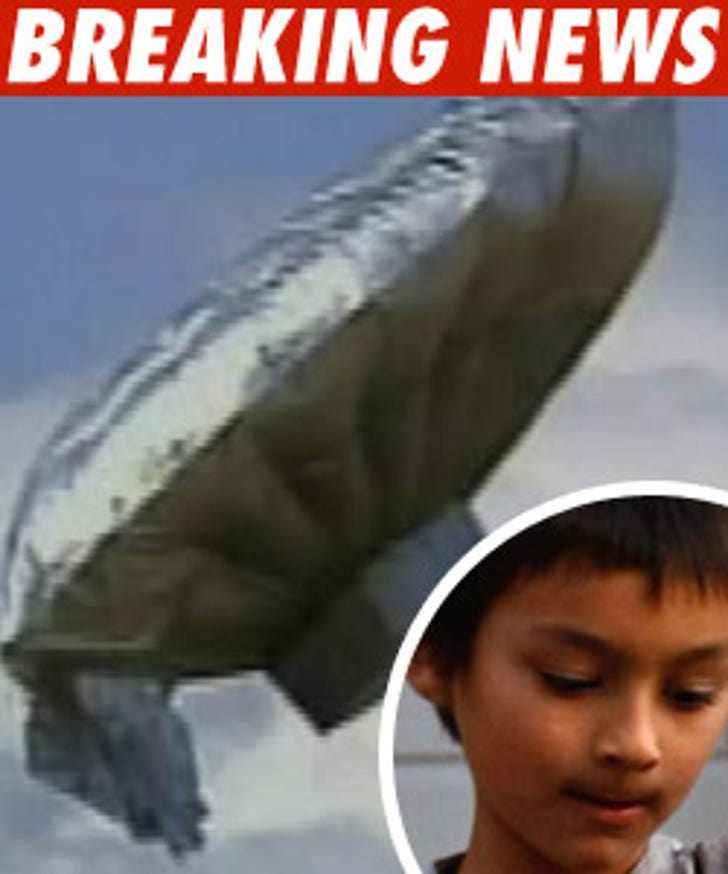 The Larimer County Sheriff's Office just held a press conference on the Heene family's flying saucer caper -- and they said, as of now, they feel it was a "real event" and not a hoax.

He confirmed Richard Heene called the FAA first, then a local TV station before calling 911 -- because 9 News had a helicopter they believed could help the situation.

Also interesting to note -- Falcon's parents were asked if they wanted to be present when investigators interviewed him yesterday, but they didn't care, so he went solo.

Alderdon said the video of Falcon from Larry King has raised skepticism in the department and they will re-interview the family tomorrow -- giving the boy time to recover from that puke filled interview on "Today."