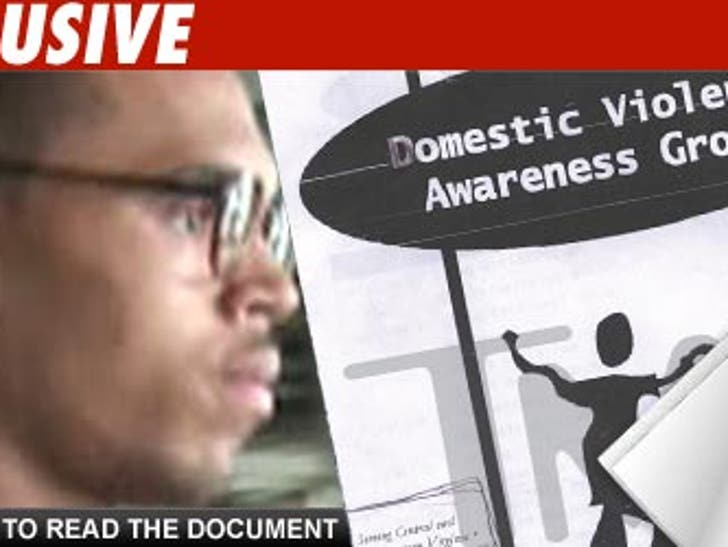 Chris Brown has a lot to learn in his 52 hours of court-ordered domestic violence counseling -- but if it gets too overwhelming, at least now he'll know how to keep a cool head with the use of a proper "time-out." 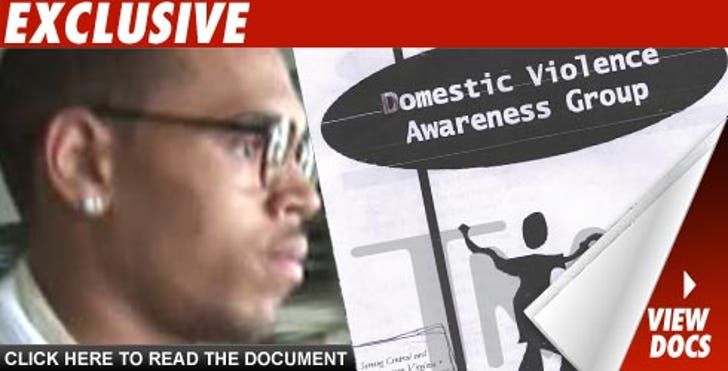 TMZ obtained the booklet for Brown's Domestic Violence Awareness Group, which is spearheaded by Commonwealth Catholic Charities in Richmond, Virginia.

The book is full of tips to help Chris learn how not to throw temper tantrums -- including "Time-Out Rules," and the benefits of "deep breathing," "backward counting," and "pleasant imagery."

The booklet also has chapters on all the big no-nos:

When it all comes down to it, Brown just has to remember his ABCs ... as in his Anger button, Behavior and Consequences.