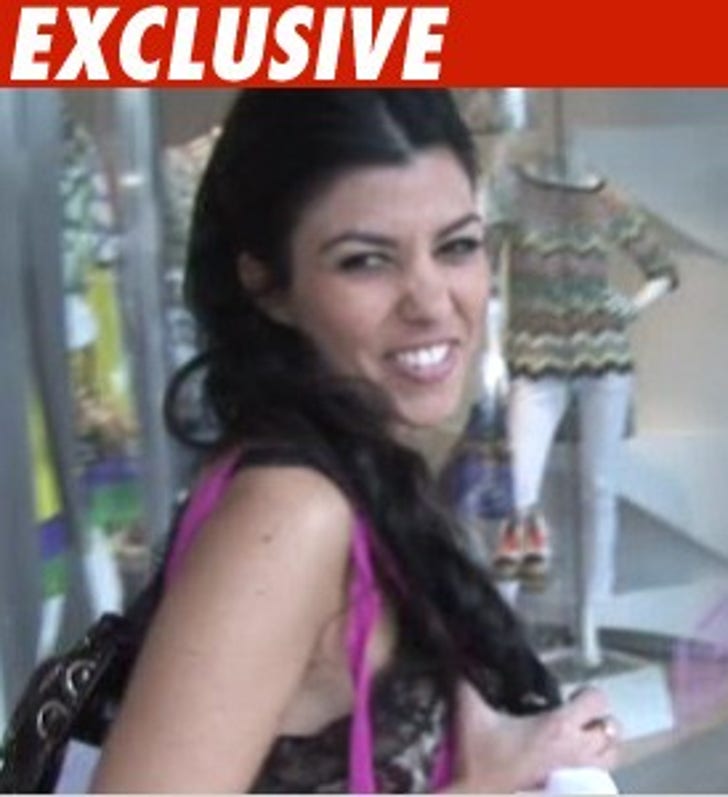 TMZ has learned Kourtney Kardashian's home has been burglarized.

Law enforcement tells TMZ Kourtney returned to her Calabasas townhome Saturday night at about 8:30 PM and discovered the break-in.

We're told hundreds of thousands of dollars of jewelry was reportedly taken. The home is in a gated community.

The L.A. County Sheriff's Department responded and they are on scene.

We're also told among the items missing -- Kourtney's Cartier watch worth around $30,000, an expensive Rolex owned by her boyfriend, multiple diamonds including diamond hoops. And, worst of all, she's missing some vintage jewelry her dad, Robert Kardashian, left her.

We're told Kourtney had left with her boyfriend at around 7 PM for dinner, returned and discovered the break-in. They found many of the drawers open.