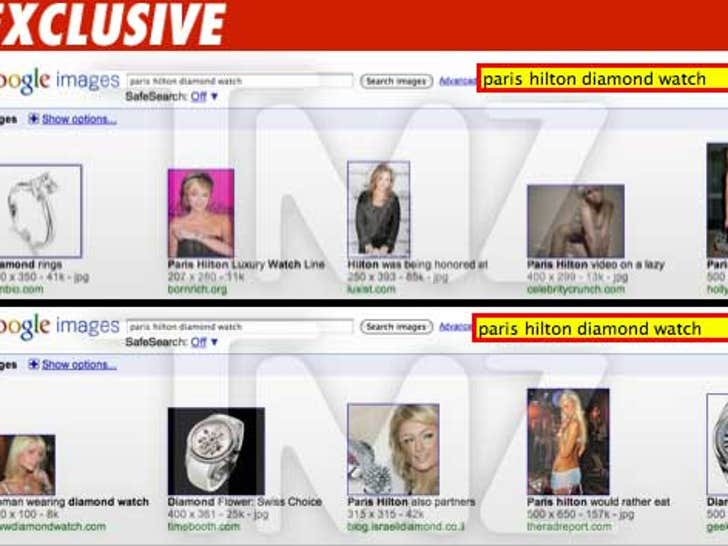 Paris Hilton may be one of the victims of the Hollywood Hills Burglar Bunch, and the data TMZ obtained from the computer of Nick Prugo -- one of the alleged members -- seems to back that up. 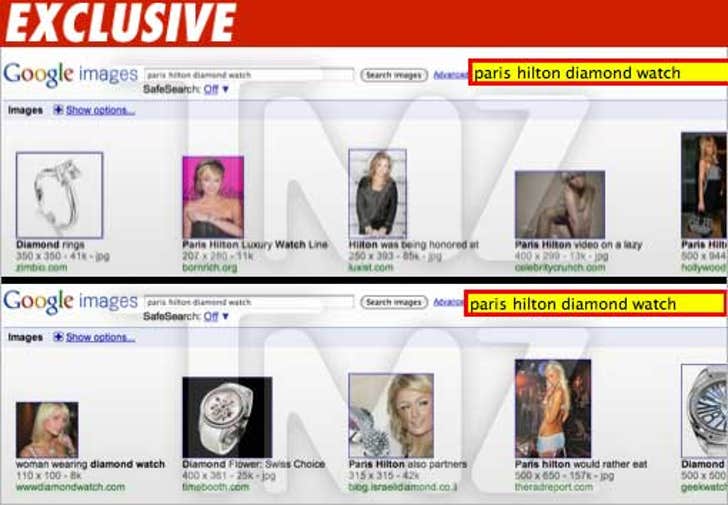 Take a look at this Google search from the computer Prugo was using while celeb homes were being hit. It shows two searches for "paris hilton diamond watch."

Paris' home was burglarized in December, 2008. She says $2 million in jewelry and other belongings were taken. Paris went to the LAPD Hollywood Division today at 2:30 AM to retrieve some of the stuff.