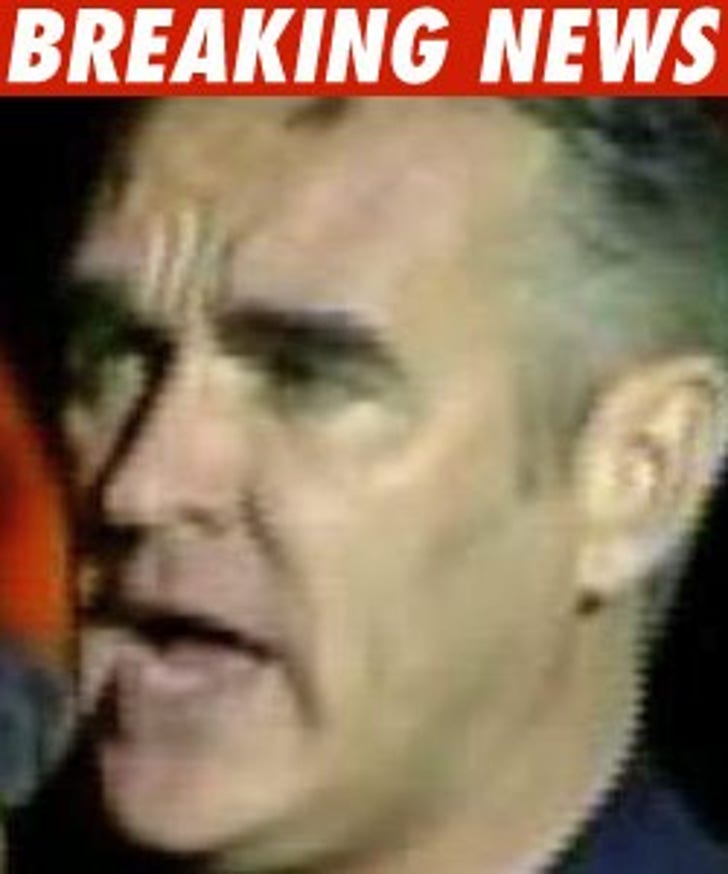 Morrissey -- the former lead singer of The Smiths -- was rushed to the hospital last night after collapsing on stage during a concert.

The 50-year-old was performing at the Oasis Leisure Center in Swindon, UK when he complained of breathing difficulties.

The singer was rushed to the Great Western Hospital where he remains in stable condition -- a rep for the hospital said his condition is not thought to be life-threatening.

UPDATE: The singer has been released from the hospital -- a spokeswoman for the hospital said he was "much improved."