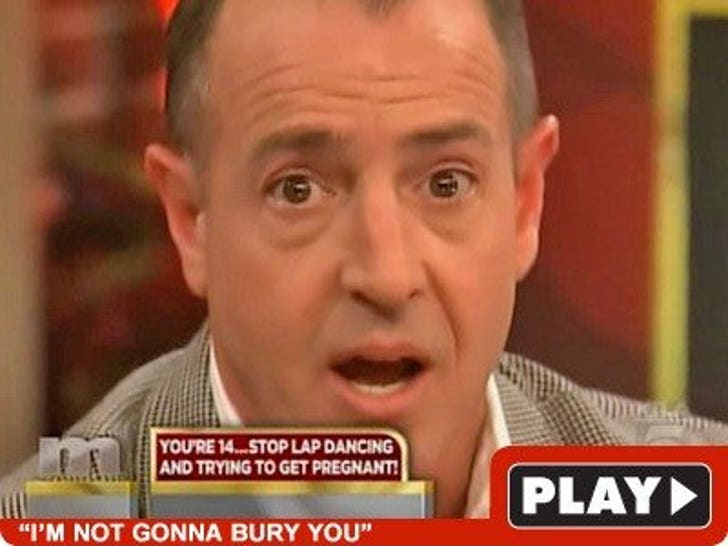 Once again proving how out of touch he is with his daughter, Michael Lohan went on the Maury Povich show today and delivered a televised message to LiLo in which he insulted her ... and then promised to "save her life."

First Mike called Lindsay a "hollow person" ... then claimed there was "nothing left in her" -- and finally said he "couldn't even look at her."

Then, after the dramatic plea, Michael actually had the stones to say, "I hate to speak out publicly like this..."