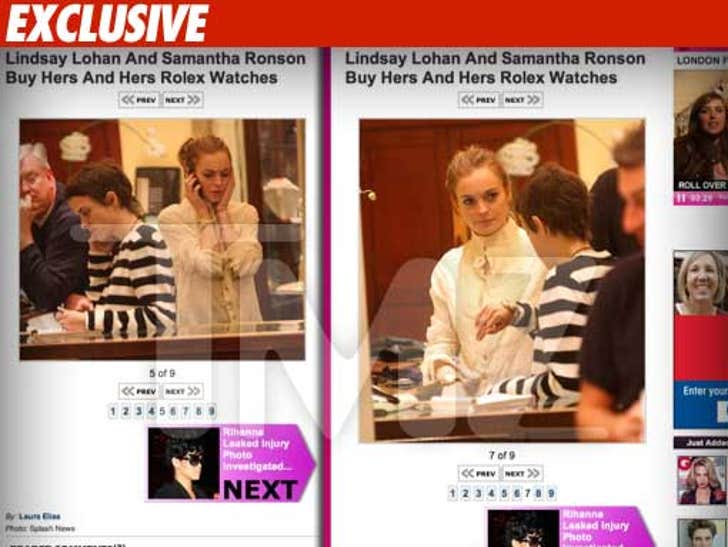 Lindsay Lohan and Sam Ronson shopping for Rolex watches was a really big hit on the Internet ... at least with whoever was using the computer seized from suspected Hollywood Hills Burglar Bunch member Nick Prugo. 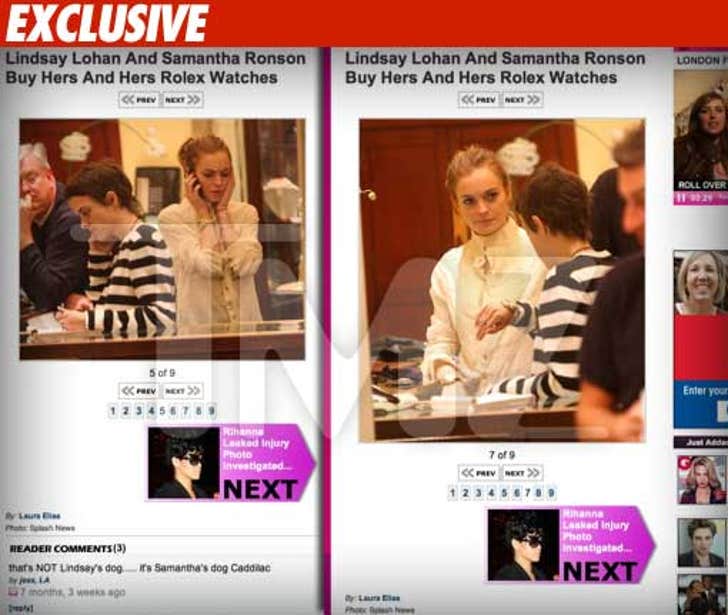 We took a few screen grabs of sites visited on the seized comp -- and noticed there was a lot of interest in LiLo and Sam's watch shopping spree at Philllip Jewelry in Beverly Hills back in February.

LiLo's crib was allegedly robbed by the Burglar Bunch months later -- as we previously reported, we also found a picture on the computer of someone wearing what could be one of LiLo's stolen timepieces.