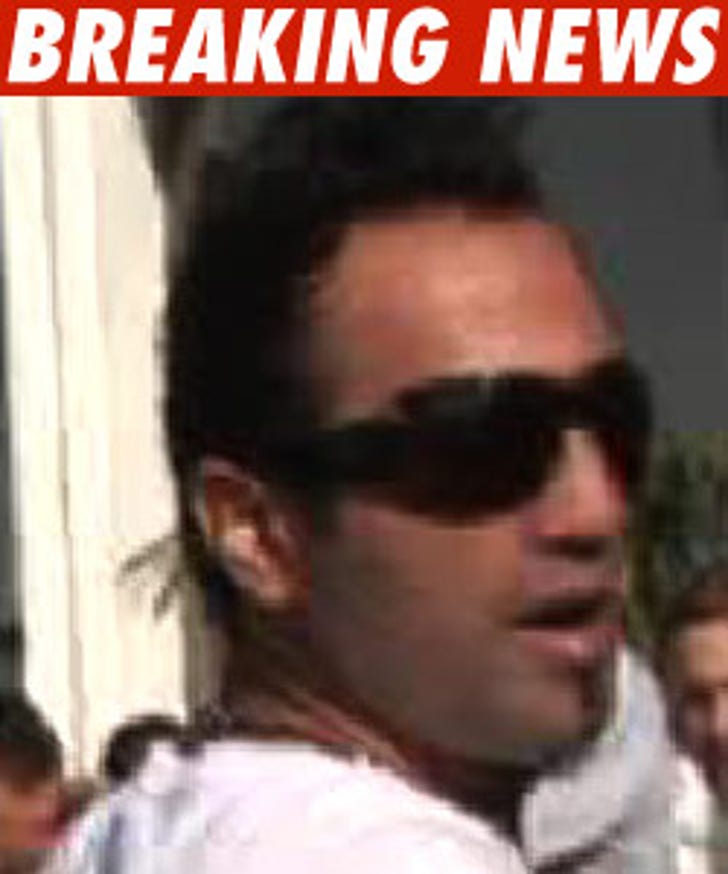 Britney Spears' paparazzo ex boyfriend was just sentenced to 45 days in county jail after pleading no contest last month to leaving the scene of an accident.

But it's not as bad as it seems ... Adnan Ghalib gets ONE day credit for time already spent behind bars. Score!

Ghalib will also be placed on formal probation for 36 months, has to complete 52 weeks of anger management classes and 45 days of Caltrans (hard labor).

This all stems from an incident back in February, when Ghalib allegedly ran over a process server with his car. Ghalib was initially charged with three felonies: assault with a deadly weapon, battery and hit-and-run, but the first two charges were dropped as a part of his plea deal.