Jay-Z's The 40/40 Club in Atlantic City is under investigation after a video surfaced showing several hulking bouncers brutally attacking two male patrons in the club parking lot over the weekend. 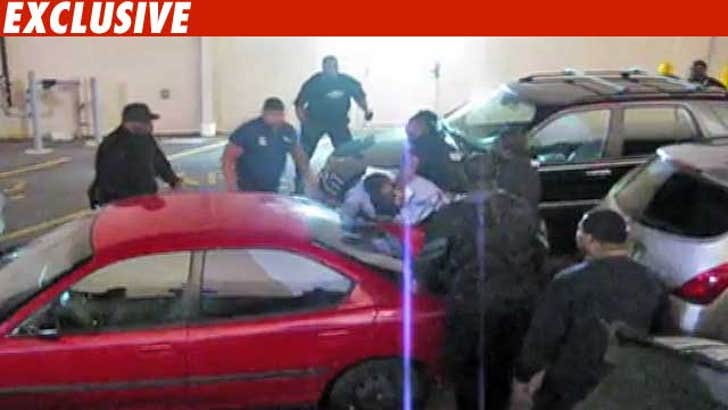 In the footage, captured by DJ Zeke, roughly ten men wearing "security" and "event staff" shirts gang up and repeatedly beat the two men -- who can barely defend themselves against the ruthless mob.

Cops say charges will be filed against several bouncers -- and they are currently reviewing the tape to identify the men involved in the attack.

But get this -- the two victims were arrested after the beatdown and charged with disorderly conduct because security told cops they had acted inappropriately inside the club.

The two men claimed they did nothing wrong inside or outside of the club. The tape seems to back their story.

A rep for the club tells TMZ: "We can't comment on the fight. We are doing our own investigation in addition to the police investigation. It's really in the hands of the police at this point. The 40/40 club has never had anything like this happen before and we take the safety of our patrons seriously."