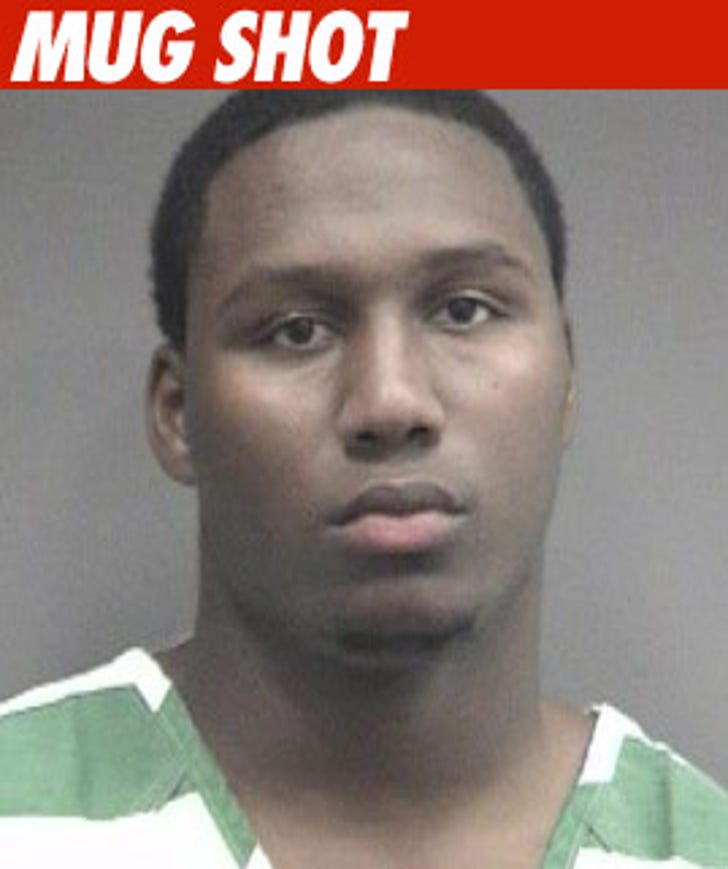 One of the most valuable players on the Florida Gator football team was arrested last night for DUI -- don't worry, it wasn't Tim Tebow.

Gainesville PD busted defensive superstar Carlos Dunlap early this morning when they saw his car stopped at an intersection -- while the light was green. When the officer approached the car, he found Dunlap asleep, slumped over the wheel of his car.

Dunlap -- who was the defensive MVP of last year's national championship game -- failed a field sobriety test, refused to take a breath test and was hauled into the station where he was booked.

The arrest comes just days before the Gators take on number two Alabama in the SEC championship. No decision has been announced about whether Dunlap will play in the game.