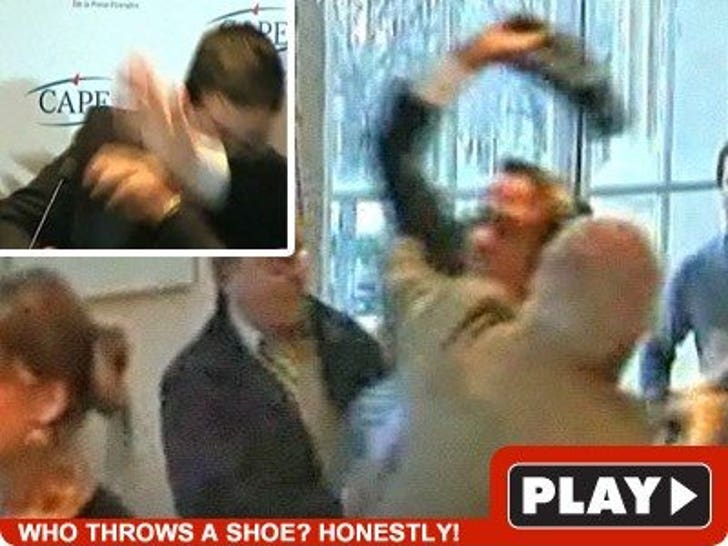 It was a shoe-icide mission -- an angry Iraqi broke into a press conference in Paris yesterday and fired his shoe at the same guy who threw some footwear at President George Bush last year. 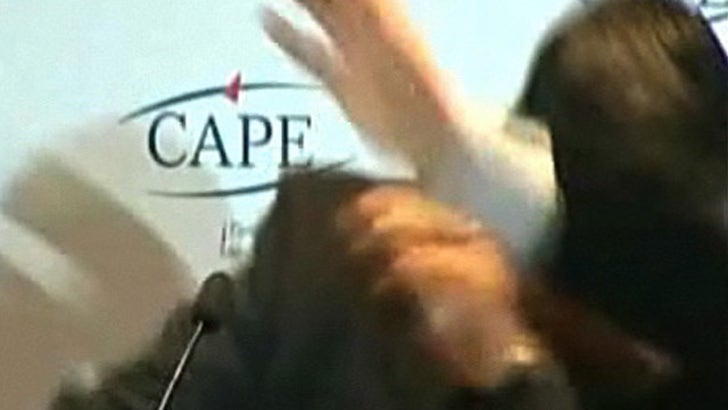 But moments after the shoe flew, Muntadhar's brother tried to settle the score, by taking off his own shoe and trying to smack the attacker with it.

No one was injured in the shoe'ding.