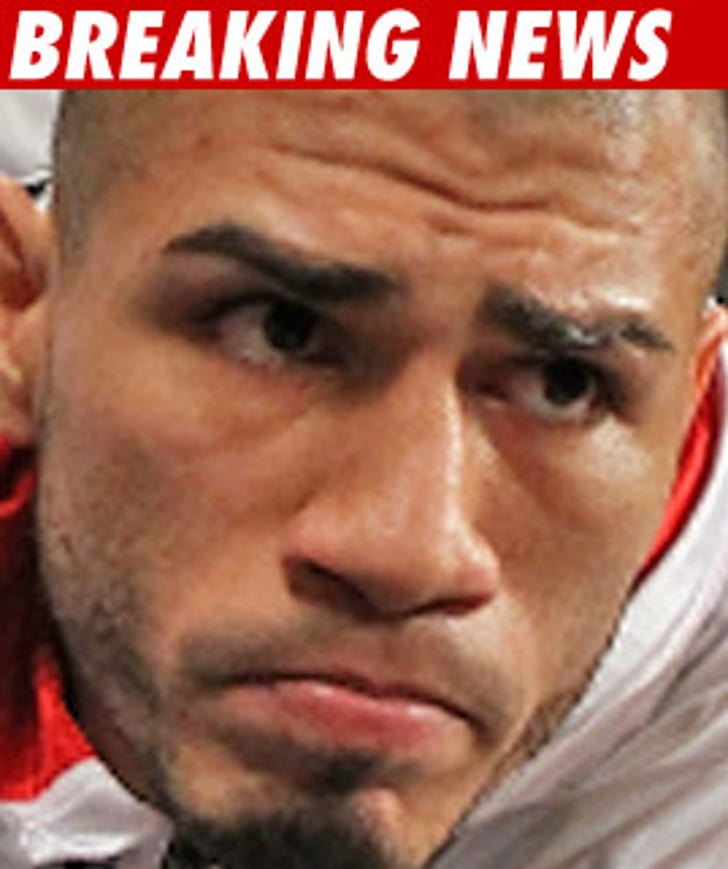 Miguel Cotto -- the boxer who just got beat up by Manny Pacquiao -- is accused of sexually harassing a former female employee ... and according to the lawsuit, he used the show "Nip/Tuck" in an attempt to score below the belt.

The woman behind the suit claims she worked for Cotto at a residential complex he owned in Puerto Rico -- but soon after Cotto hired her, he offered "money and other benefits in exchange for sustaining a sexual relationship with him."

As for the "other benefits" -- according to the lawsuit, Cotto offered the woman lingerie, body creams, lotions, champagne, and DVDs of "Sex and the City" and "Nip/Tuck" ... which the accuser calls "pornographic material."

According to the suit, filed in federal court in Puerto Rico, the woman claims she reported the alleged sexual harassment to another superior, Miguel's dad, who told her "Do absolutely everything that my son asks of you."

The woman admits in the suit that she eventually "acquiesced" to Cotto's sexual advances, until she decided she "could not cope morally or spiritually with the situation and expressed her objections again." It was then, the woman claims, she was fired.

Now, the accuser wants $261,000 to make things right. For the record, Cotto pulled in a reported $12 mil for that beating he took at the hands of Manny last month.