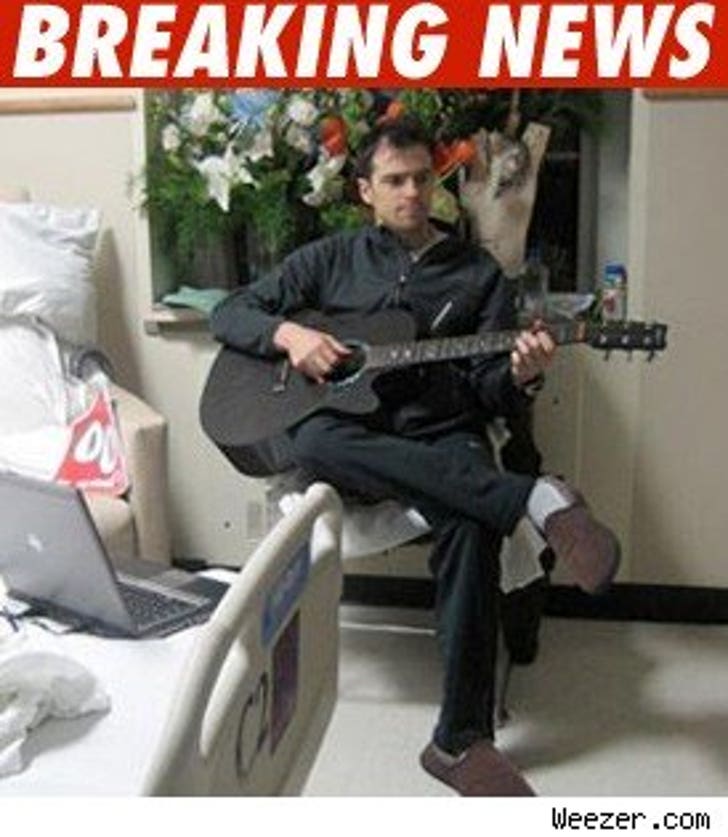 Weezer frontman Rivers Cuomo was given the go ahead to leave the hospital today after his freak bus accident -- and get this, he's on doctor's orders to get back on a bus.

According to the band's official website, which just posted this photo of Rivers in his hospital room, the group has to get to L.A. -- but due to Cuomo's punctured lung, he's not allowed to fly.

FYI -- The band will be driving the southern route across country ... to hopefully avoid that nasty black ice that set off the previous crash.