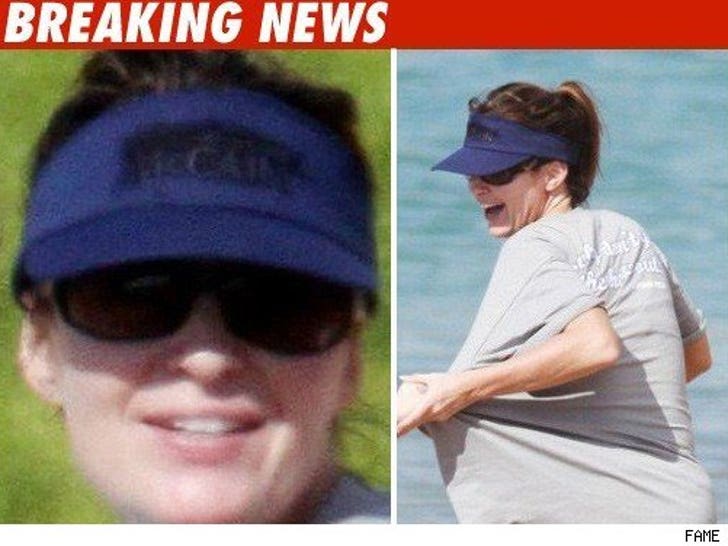 Sarah Palin now says she meant no disrespect to Senator John McCain by blacking out his name on her visor, claiming she -- like Clark Kent with his clever disguise -- just wanted to go unnoticed.

Sarah told POLITCO, "I am so sorry if people took this silly incident the wrong way ... so much for trying to be incognito."

So Palin -- who wears many hats -- would have us believe A) the visor could transform her into an ordinary, anonymous soccer mom as she frolicked with her now-famous family in Hawaii and B) blacking out the name of the Presidential running mate whose campaign staff trashed her was an innocent gesture, devoid of motive.