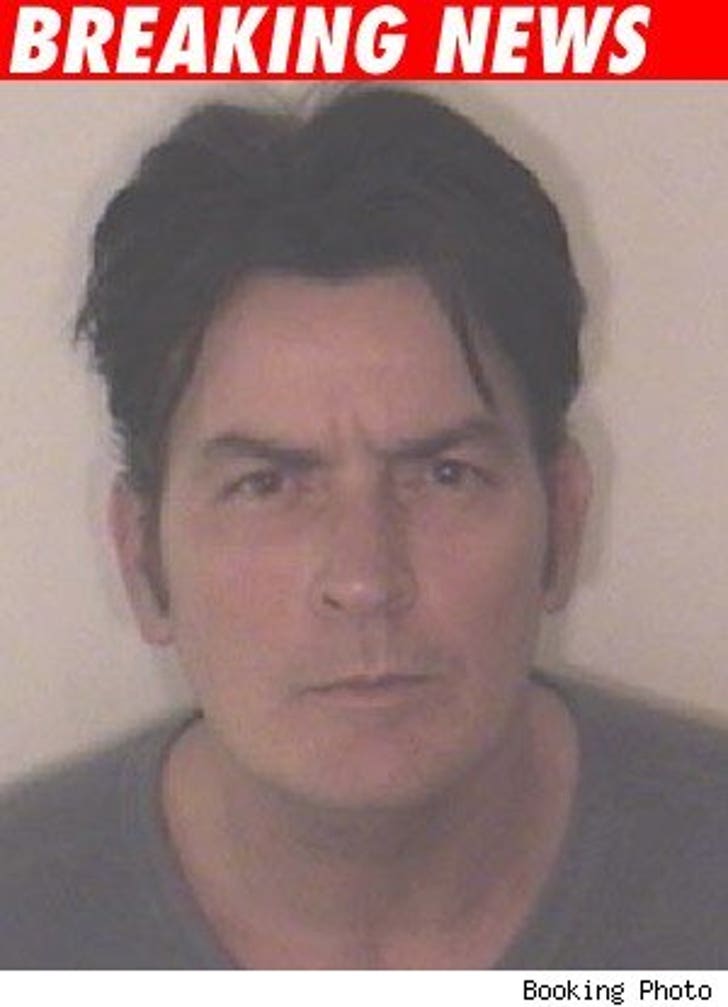 UPDATE: Sources tell TMZ the alleged victim is Sheen's wife, Brooke Mueller. Sheen's publicist, Stan Rosenfield, says, "Do not be mislead by appearance. Appearance and reality can be as different as night and day. It would benefit everyone not to jump to any conclusion."

Charlie Sheen
was arrested today in Aspen, Colorado for an alleged domestic violence incident and is being held in jail without bond.

Police responded after a 911 call was made at 8:34 AM. When cops arrived, they arrested the 44-year-old "Two and a Half Men" star for felony second degree assault, felony menacing and criminal mischief, a misdemeanor. Cops say all three charges are "coupled with a domestic violence component."

An ambulance arrived on scene, but the alleged victim was not transported.

Sheen will stay in the Pitkin County Jail until he appears before a judge -- his court date has not been set.

Also, Colorado law mandates a protective order between someone arrested of domestic violence and the alleged victim.