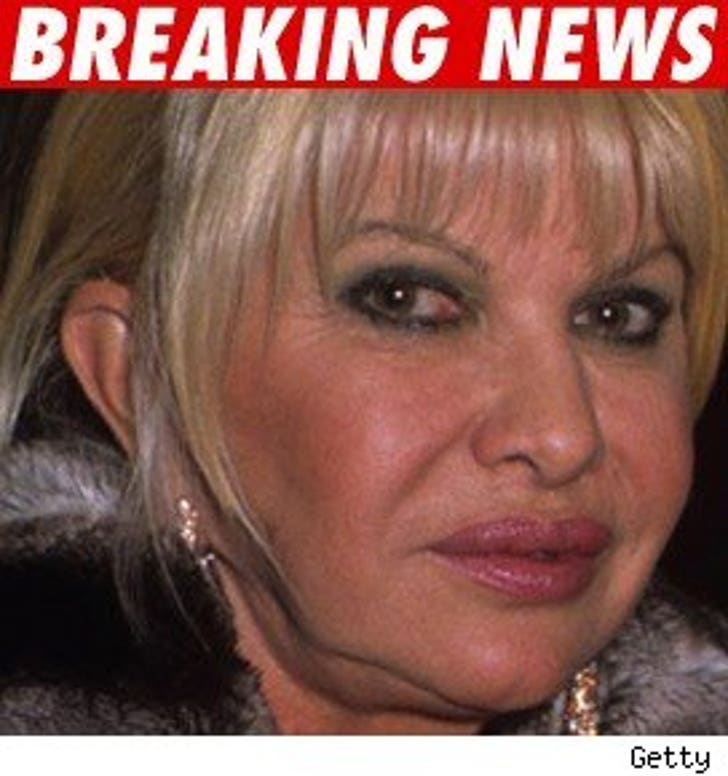 Ivana Trump was forced to make an emergency exit from an airplane today in Florida -- as in, she was escorted off the flight by Palm Beach County sheriff's deputies.

According to cops, Trump -- who was sitting in first class -- became upset when a few innocent, screaming children started running up and down the aisle.

Trump allegedly started hurling curse words in front of the hyper tykes ... and when flight attendants tried to calm her down, she flipped out even more.

That's when Palm Beach County sheriff's deputies say they showed up and kindly asked her to get off the plane -- but Ivana refused, so they escorted her off.

Ivana wasn't arrested or charged for the incident.