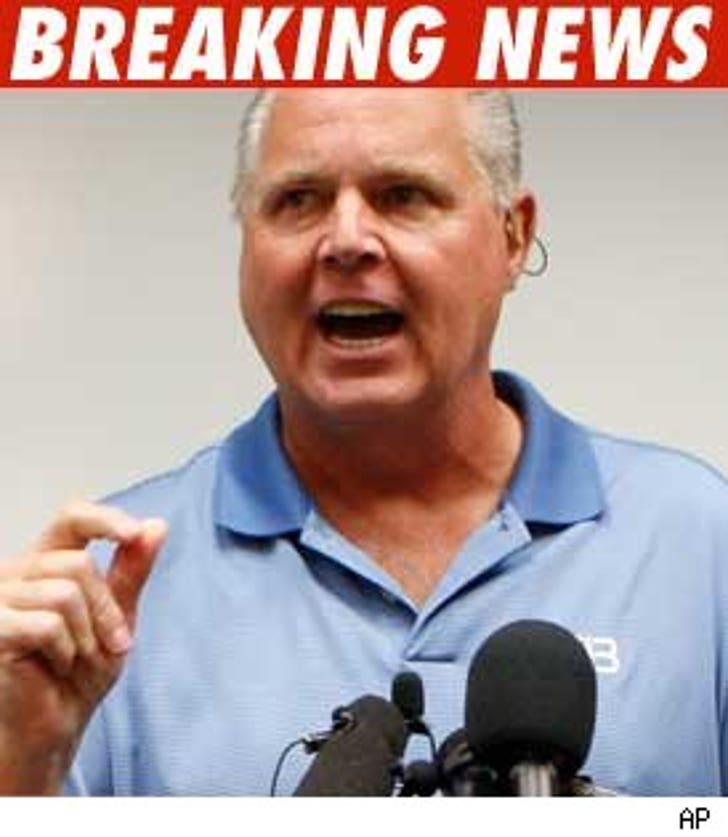 Rush Limbaugh just addressed the media in Hawaii where he told reporters he did undergo an angiogram, but he's doing just fine.

He did not suffer a heart attack or any kind of coronary episode and test show nothing wrong.

Limbaugh made it a point to thank the staff of the hotel he was staying at, the Kahala Hotel and Resort, and he proclaimed (several times) the U.S. has the best health care service in the world.

He called the outpouring of support from fans very "humbling."

We're told after the press conference, Rush went back to his room at the Kahala Hotel and Resort.