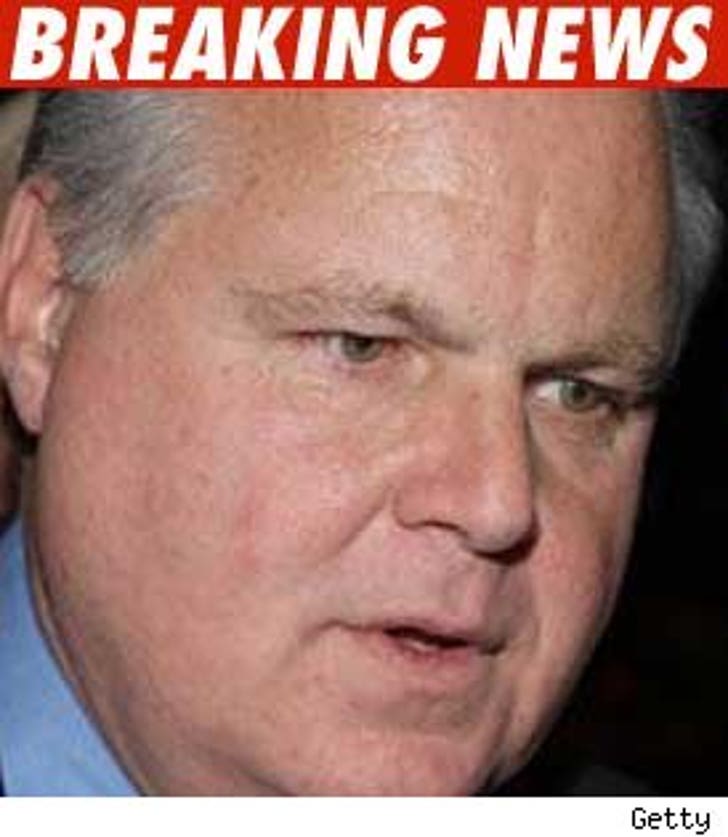 UPDATE #3: A rep from the Rush Limbaugh Program released a statement saying, "Rush was admitted to and is resting comfortably in a Honolulu hospital today after suffering chest pains.

Rush appreciates your prayers and well wishes and he will keep you updated via RushLimbaugh.com."

Rush Limbaugh
has been hospitalized in Hawaii after suffering chest pains -- this according to KITV Hawaii.

According to KITV, paramedics responded to a call at the Kahala Hotel in Honolulu at 2:41 PM and transported Rush to Queens Medical Center.

According to the report, Rush was in "serious condition" when he arrived to the hospital.

Attempts to reach a rep for Limbaugh were unsuccessful.

UPDATE #1: TMZ has confirmed paramedics did respond to the Kahala Hotel at 2:41 to attend to someone with "chest discomfort."

UPDATE: 11:29 PM EST -- Sources inside the hotel tell TMZ the hotel took drastic measures to get the mystery patient -- reported to be Rush Limbaugh -- out of the resort without being seen.

We're told hotel security shut down a wing of the hotel and the guest elevators -- the patient was transported using the employee elevator bank.