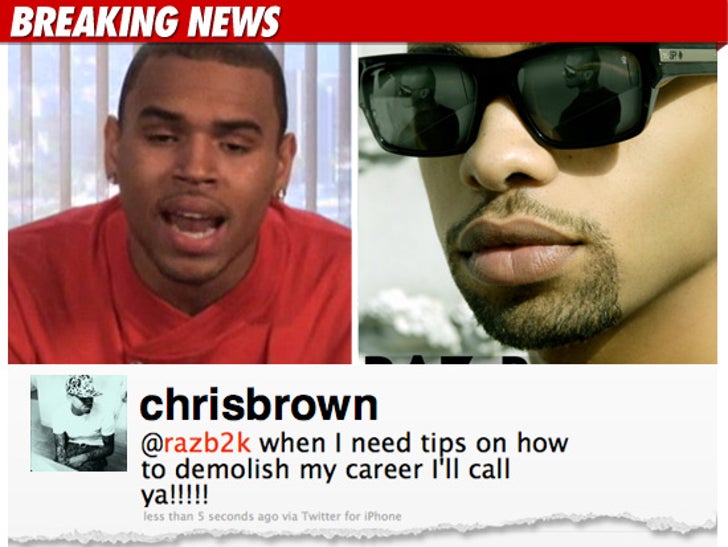 So much for anger management ... Chris Brown just unloaded an offensive, scathing Twitter attack on a former member of the R&B group B2K ... and it had to do with comments about Rihanna. 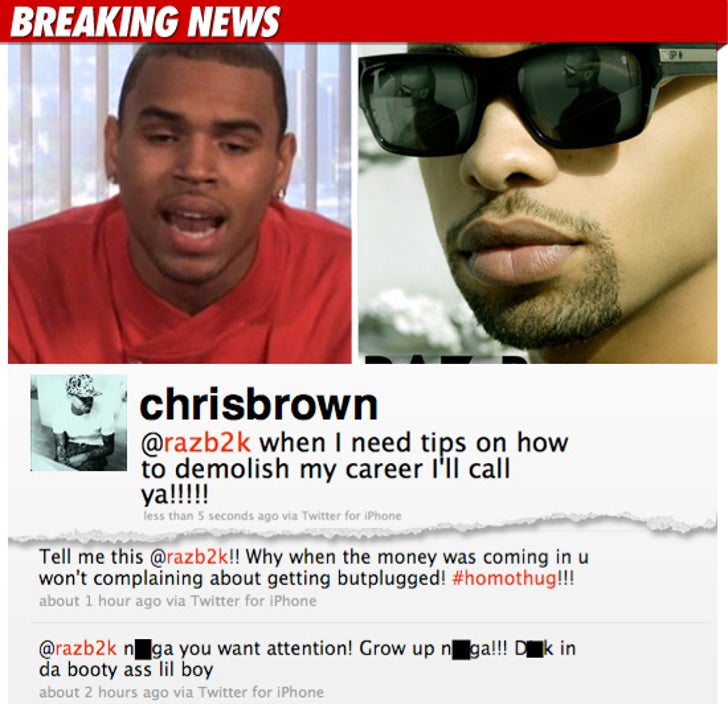 Brown got into it with singer Raz B -- after Raz tweeted Brown, "Im just sittin here Thinking how can n**gas like [Eric Benet] and [Chris Brown] disrespect women as Intelligent as Halle Berry, Rihanna."

Brown is clearly referring to allegations Raz had made a while back -- in which he clamis he was molested by his band's male manager.

Brown continued his attack -- and then tried to explain himself ... tweeting, "I'm not homophobic! He's just disrespectful!!!"

As we previously reported, Brown had recently posted a photo of his diploma from his court-ordered anger management program.

Brown is still on probation for another couple of years.