Placating a crowd of black people with a bucket of chicken is considered good marketing by Kentucky Fried Chicken in Australia -- but it's causing a bit of a fervor here in the States. 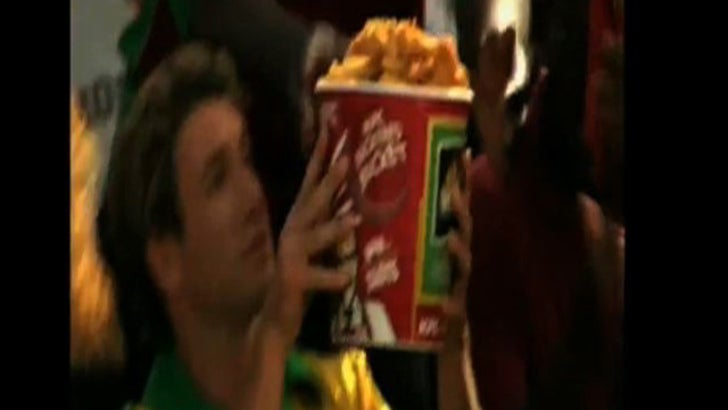 The ad shows a very distressed white guy, surrounded by a crowd of black people at a cricket match, who wonders, "Need a tip when you're stuck in an awkward situation?" He gets out of the "awkward situation" by handing them a bucket of chicken.

A rep for KFC Australia told a local paper, "It is a light-hearted reference to the West Indian cricket team ... The ad was reproduced online in the US without KFC's permission, where we are told a culturally-based stereotype exists, leading to the incorrect assertion of racism."

UPDATE -- We just got this statement: "KFC Australia is removing the television advertisement that was being run in conjunction with the Australian cricket season. We apologize for any misinterpretation of the ad as it was not meant to offend anyone."