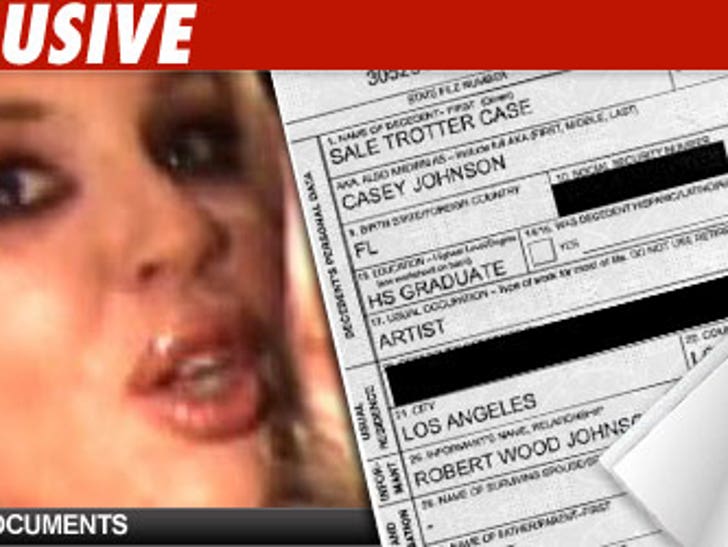 She's listed as an "artist" and a "HS Graduate" -- Her date of death is"1/4/2010 FND." As we first reported, Casey's body was found on January 4 ... it's unknown when she actually passed away, but we're told her body was undiscovered for several days.

Casey's cause of death is still unknown, but our sources say her frail medical condition -- including diabetes -- may have caused her death.