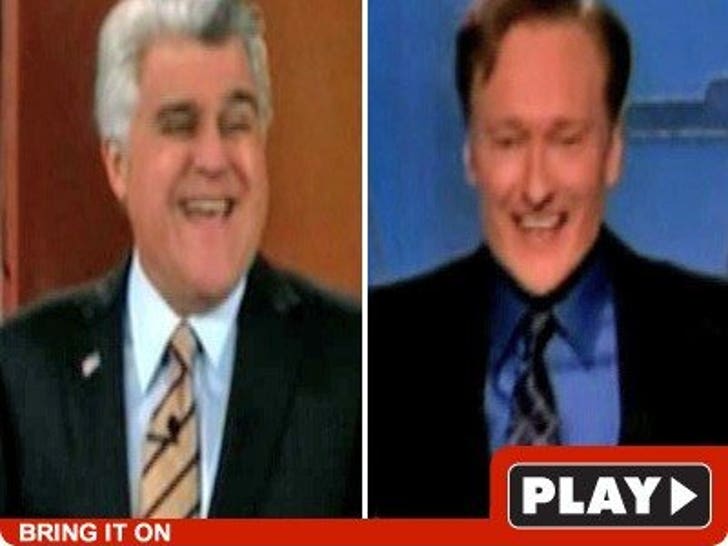 The late night battle rages on -- and last night, Jay Leno and Conan O'Brien both took shots at each other and slammed NBC during their opening monologues.

Jay said the situation at the network was more "dynfunctional" than the Gosselins, while Coco said you can achieve "anything you want in life ... unless Jay Leno wants it too."