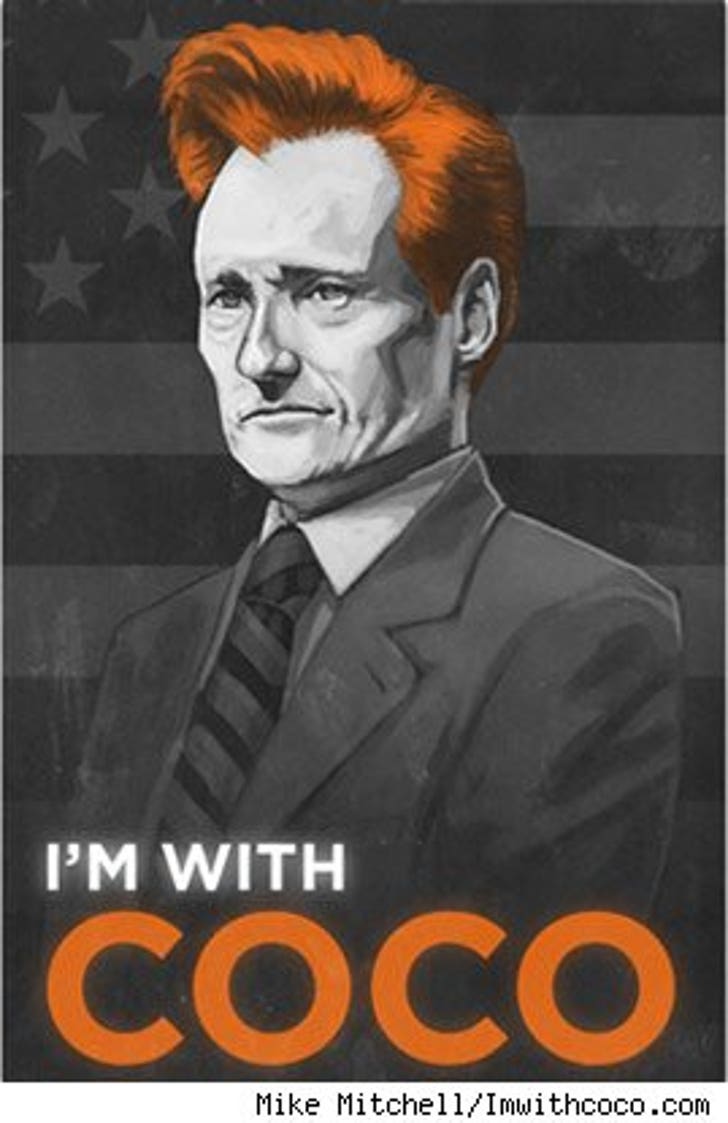 Conan O'Brien's most loyal employees are refusing to abandon their leader -- and have taken to Facebook to rally support for the guy NBC is treating like a redheaded stepchild.

Several people who work for "The Tonight Show" and NBC have united on the social networking site and changed their picture to an Obama-esque image of O'Brien that features the words, "I'm With COCO."

The COCO craze is already spreading like wildfire on FB -- and according to the guy who created the artwork, Mike Mitchell, the image has already been seen by Conan himself.

So far ... no sighting of any "I'm with Chin" or "I Heart Peacock" artwork floating around.