A snowboarding legend bashes an ice sculpture at a corporate event ... then verbally brutalizes the security guard who tries to handle the situation -- and the ballistic confrontation is all caught on tape. 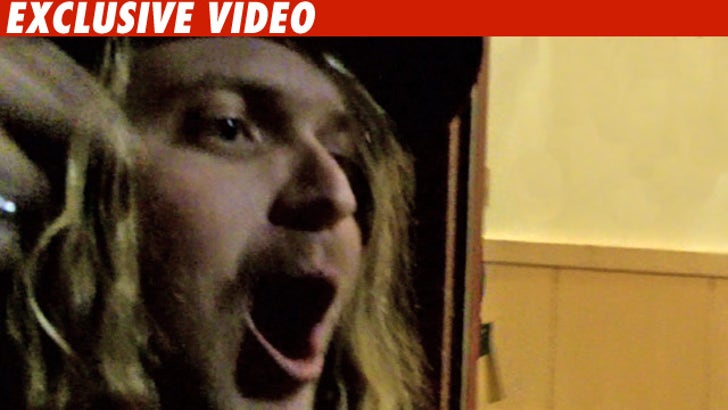 It all went down last week during a sales event in Colorado at which Luke "Dingo" Trembath was supposed to present an award. Instead, the star of "The Adventures of Danny and The Dingo" presented a display in debauchery -- knocking over a very pricey piece of frozen water.

When security confronted the former ESPN commentator about the ice incident, he went ballistic, calling the security guy a "f**king f**got" and screaming, "You're a piece of sh*t that makes f**king nothing."

Cops were eventually called over to mediate. Dingo tells us the police just asked him to go home ... which he did, "Gladly."