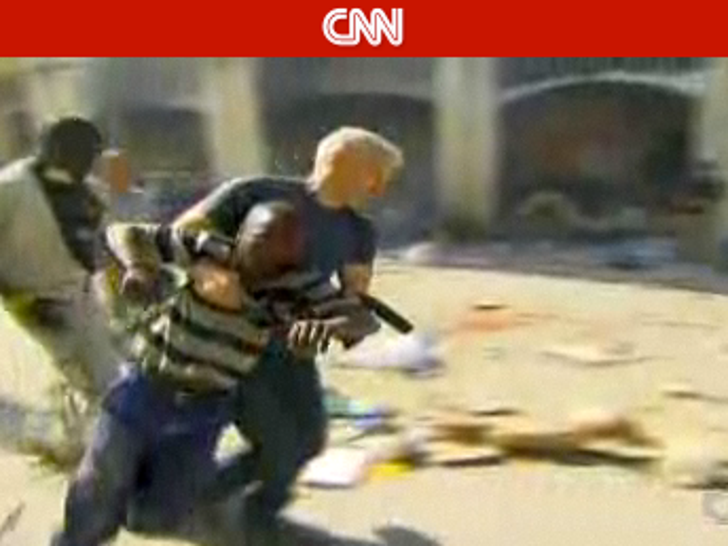 Anderson Cooper raced to the aid of a badly injured boy in Haiti yesterday -- dropping the camera and carrying the bloodied child away from a violent incident in the middle of a chaotic scene. 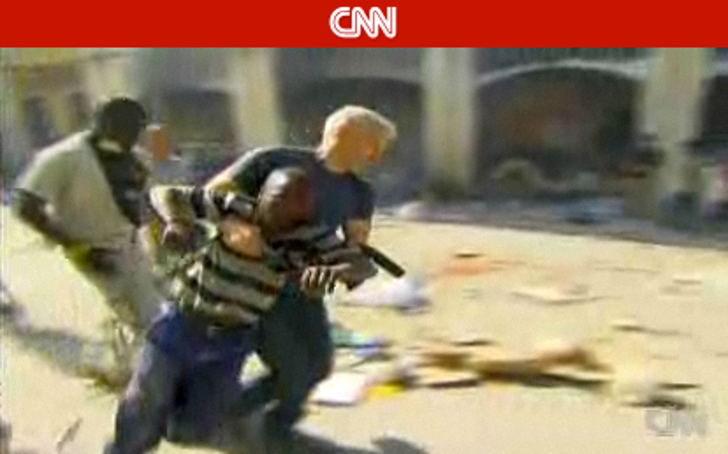 Cooper claims he had heard gunfire in the area and raced to see what had happened -- when he noticed some people on the top of a store throwing slabs of concrete down at looters ... one of which smashed a child in the head.

As blood streamed down his face, Cooper carried him to a safer area and handed him off to a local for treatment.

Cooper says he has no idea what happened to the boy.