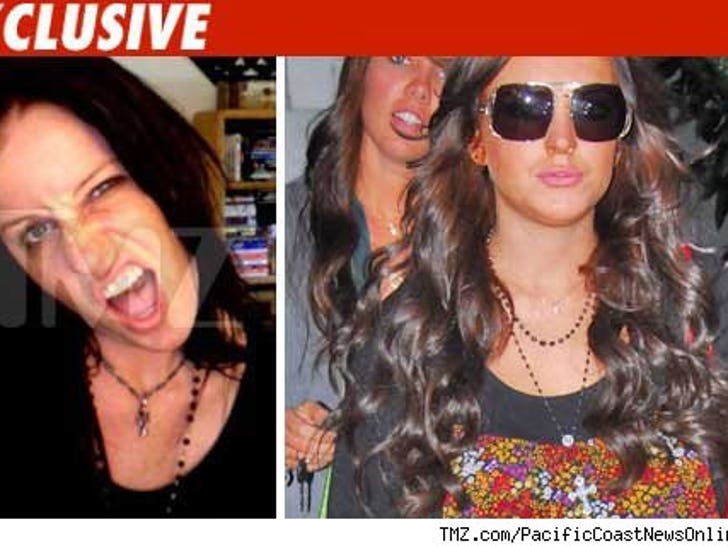 Courtney Ames of alleged Burglar Bunch fame was just charged with one of the dumbest crimes ever.

A detective confiscated the necklace in the courtroom and now she's been charged. Ames was also charged with a second count of receiving stolen property over a leather jacket belonging to Paris Hilton ... but she didn't wear that one to court.

One more thing .. The D.A. is calling the alleged gang of thieves "The Bling Ring." We strongly prefer The Burglar Bunch.