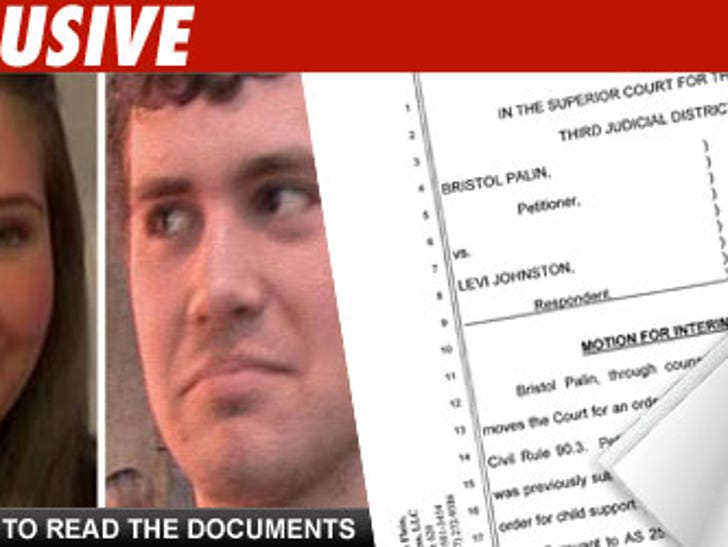 Bristol Palin has gone to court, demanding that Levi Johnston step up as a dad and pay her some of the money he's raked in from his naked media blitz.

Court documents were filed by Bristol's lawyer late Thursday afternoon in Alaska, demanding $1,750 a month in child support from Levi, retroactive to the birth of son Tripp on December 27, 2008.

UPDATE: Levi Johnston's manager, Tank Jones, tells TMZ Levi has paid Bristol more than $10,000 since Tripp was born. Jones also says Levi does not make money off of every interview he does, though he did not say exactly how much Levi has made.