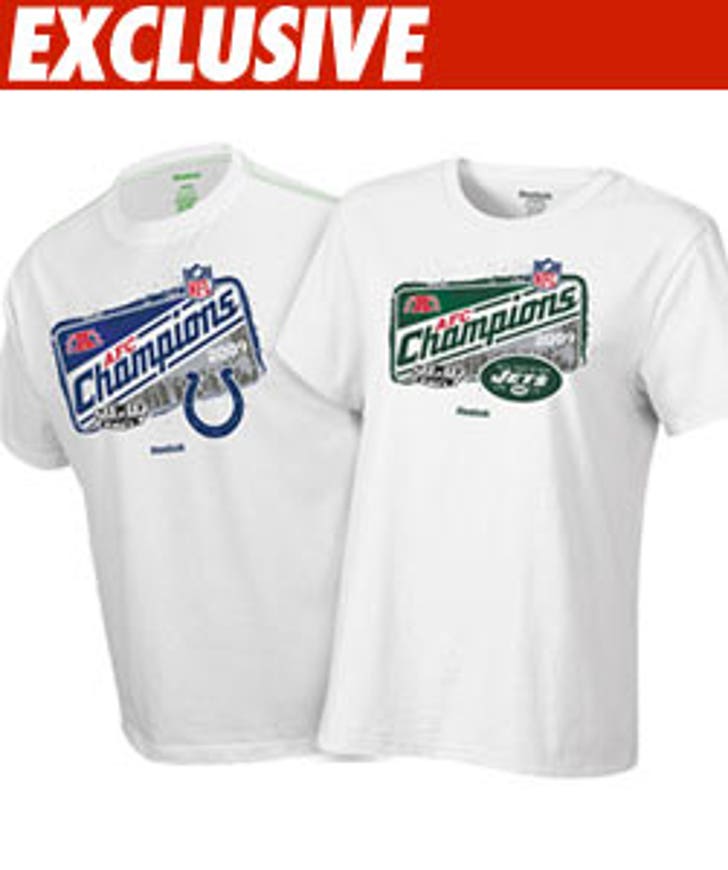 The New York Jets and the Indianapolis Colts are both on the hot seat for selling AFC Championship clothing BEFORE this weekend's AFC Championship game -- but there's good news ... the losing team's gear will go directly to the people of Haiti.

The shirts became available earlier this week on each team's website -- both teams took serious heat for jinxing themselves by producing the gear.

But there is a silver lining -- TMZ spoke to a rep from the NFL Consumer Products Department who told us, "The shirts will be donated to World Vision and sent to Haiti."